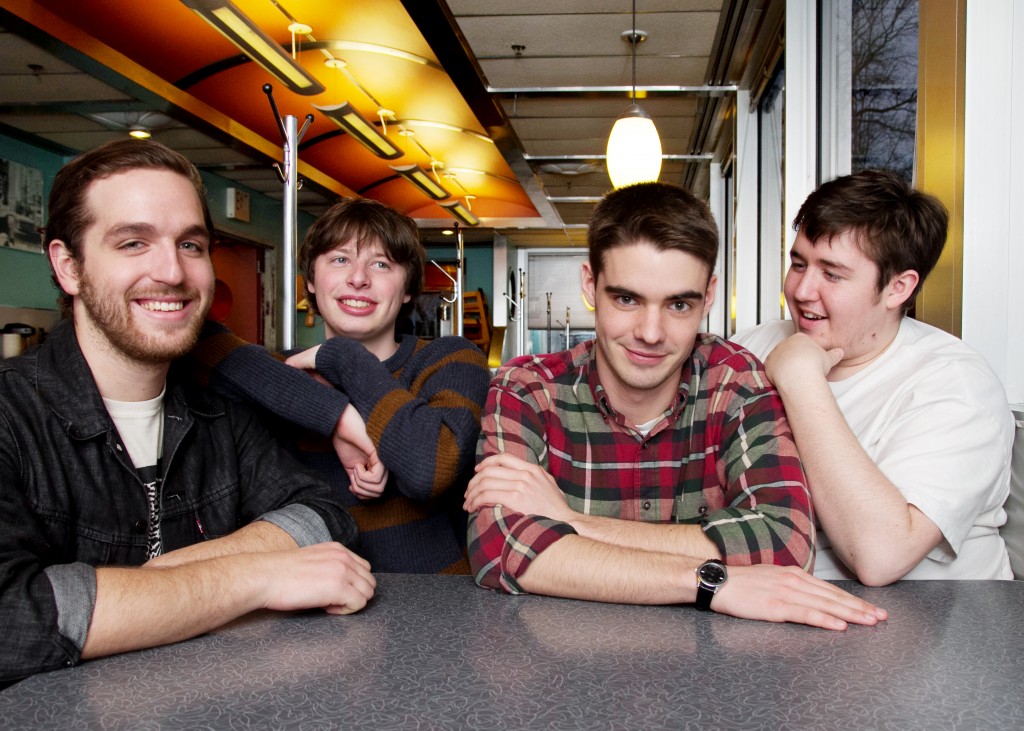 Available For Pre-Order via Lame-O Records

Modern Baseball are excited to announce the reissues of The Nameless Ranger, their first ever EP and Couples Therapy, their 2012 split with Marietta. Remastered for vinyl by Ryan Schwabe, this is the first vinyl pressing of both records. Pre-orders for the 10″ of The Nameless Ranger and the 7″ of Couples Therapy are available NOW via Lame-O Records. Records will ship on October 30th. At that time, records will also be available through retail and digitally across all platforms.
Pre-Order The Namless Ranger and Couples Therapy now via Lame-O Records.
Modern Baseball was formed in 2011 by friends and guitarists Jacob Ewald and Brendan Lukens, when the band released their first ever EP, The Nameless Ranger, through bandcamp. By the spring of 2012, Lukens and Ewald were a couple of college freshman looking to turn their cutesy high school acoustic project into a powerful full band. Modern Baseball teamed up with Philadelphia emo-kings Marietta to release the dynamic split 7” Couple’s Therapy.

Shortly after the release of Couple’s Therapy, Lukens and Ewald added bassist Ian Farmer and drummer Sean Huber to the lineup, releasing their acclaimed full length debut, Sports. Fast forward three years, and Modern Baseball have gone on to release a Billboard charting record (2014’s You’re Gonna Miss It All), toured as support for everyone from Say Anything to The The Wonder Years to The Menzingers, and took on the UK and Europe (and Australia by the end of this summer), wracking up fans all over the world. Meanwhile, Marietta has developed a relatively small but unbelievable passionate hometown crowd, turning every audience they play to into crowdsurfers and dancing groovers.

The Nameless Ranger and Couple’s Therapy found these two bands at their rawest. Now remastered for vinyl, these two dynamic records are set to be pressed for the first time, coming to Lame-O Records October 30th. Pre-order the records HERE.