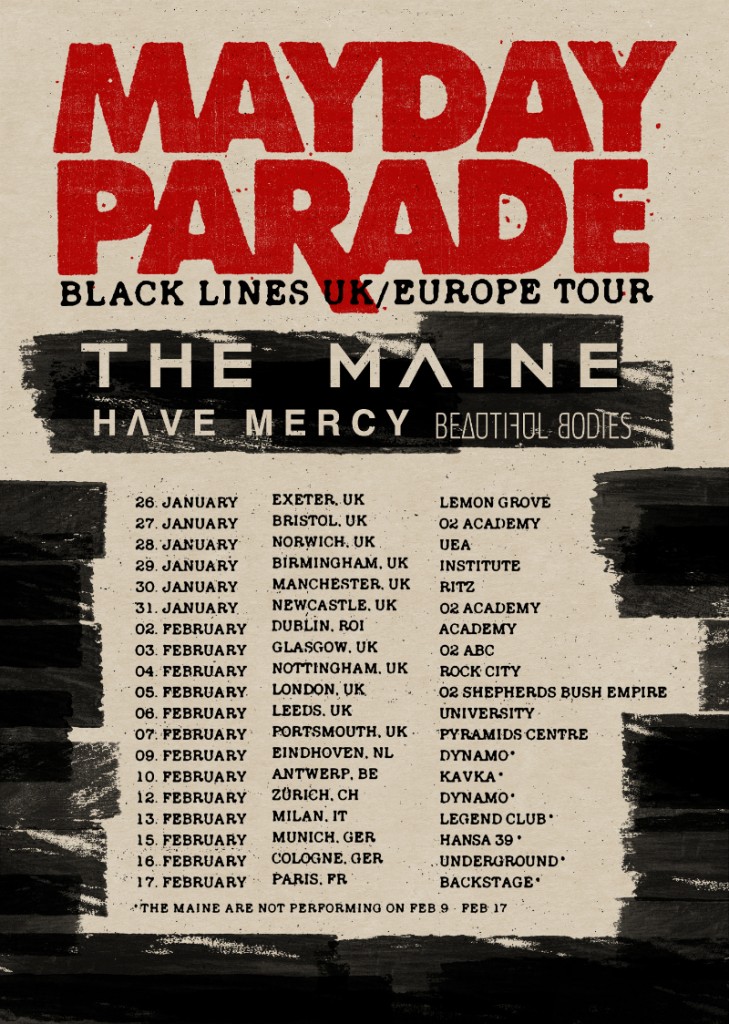 Mayday Parade will be celebrating the release of their forthcoming album with the ‘Black Lines UK/Europe Tour’ in January and February of 2016, which will see the band headline their biggest UK shows so far, including Shepherds Bush Empire in London. Drummer and vocalist Jake Bundrick says “We are so excited to announce we’ll be touring in the UK and Europe very soon. We’ve had so many amazing experiences across the pond and we can’t wait to have more. Let’s make this special. See you soon.”

VIP bundles will be available from the band’s website at 9am on Weds 12th Aug with general on sale following on Fri 14th Aug at 9am.

Mayday Parade’s fifth studio album, ‘Black Lines’, is due Oct. 9 on Fearless Records. The new LP was produced by Mike Sapone (Brand New, Taking Back Sunday) and follows 2013’s Monsters in the Closet, which debuted at No. 10 on the Billboard 200 and No. 2 on the Independent Albums chart in their native US.