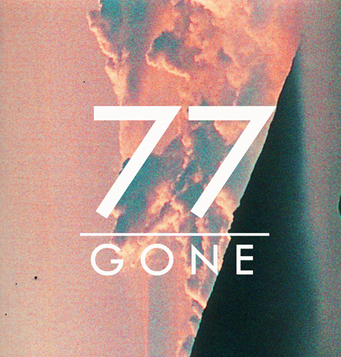 It’s like if Brandon Flowers was trying to cover a song from the Lion King but he drafted in Avicii on production, and I mean this in the best possible way, cause I think it’s great and I really like it” – Amazing Radio

Many Things have announced their debut album ‘Burn Together‘ will be released on 4 September 2015  on Australian label Dew Process (London Grammar, Circa Waves, Mumford and Sons, James Vincent McMorrow, The Hives…).
The album will be preceeded by new double A-side single ’77 / Gone’ on 28 August 2015.
77 gets its title “from the empty bank in the drum machine where I punched in the initial beat” says Michael. “I was really into numerology at the time so I felt like it ought to stay. I felt the organ riff was was ‘hype’ like Missy Elliot’s ‘We Run This’. Me and my $40 drum machine. The beat was somewhat improved when Macks picked up his drumsticks. “
LISTEN TO ’77’ HERE: https://soundcloud.com/mtmanythings/many-things-77-radio-edit
The band have confirmed they’ll be playing an album launch show at The Lexington, as well as being part of the bill at an all-dayer alongside IS TROPICAL and Big Deal. More dates annouced soon
22 AUGUST – London Fields Brewery – London, UK w/IS TROPICAL and Big Deal
04 SEPTEMBER – The Lexington – London, UK
Many Things have spent the past couple of years recording the album between the UK, Germany and Australia, whilst releasing a series of killer singles and EP’s and playing their energetic, inspiring and often euphoric live shows.
The band have been stirring up a groundswell of hype ever since their London genesis. Their short existence has already seen them championed by the likes of NME, Clash and Radio One. They will be announcing live dates shortly, that will see them touring the UK, Europe and Australia over the rest of the year.
Many Things are Michael Tomlinson (Vocals, Guitar, Bass), Macks Faulkron (Drums) & Gabi Woo (Keys).
WATCH ‘HOLY FIRE’ VIDEO
WATCH ‘BURN TOGETHER’ VIDEO