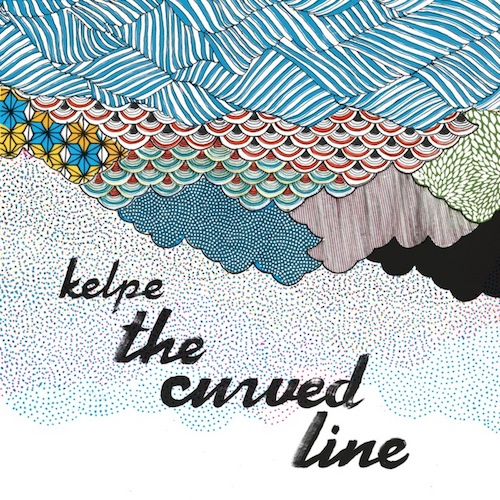 With new album ‘The Curved Line’ out this week, Kelpe aka McKeown streamed the album in full prior to today’s via DRUT Recordings. Kelpe is set to play a London at The Waiting Room on Sept 17th.

The Curved Line’ is arguably Kelpe’s most urgent record yet; it’s a mature soundworld full of glowing club experiments, bounding chords and mellow interludes. Kelpe’s warm electronics are more heightened then ever before & underpinned with an array of analogue synths, skittish surprises and white noise.

Kelpe also recently created an exclusive mix for THUMP, which you can listen to here.

A natural son and heir to Generation Warp and the fathers of Krautrock, Kelpe’s pioneering experiments in the early ’00s positioned him as one of many stylistic precursors to the arrival of LA’s now-sprawling beat scene. Much like scene-savants Prefuse 73 and Dimlite, Kelpe has remained an enormously respected stalwart of the fringes, always dabbling variously in sample-heavy beat-craft, oddball ambient, and – more recently – dancefloor-ready club grub.

Kelpe returns to grace his still-young imprint DRUT RECORDINGS with ‘The Curved Line’. It’s a record transfixed on tonality and texture – Korgs, Moogs and pocket pianos all feature heavily across the album’s rich palette. The exciting sonic bursts of his last effort have evolved confidently and blown out into soaring progressions and flowing structures – all evidence of a tireless producer gunning to out-do himself.