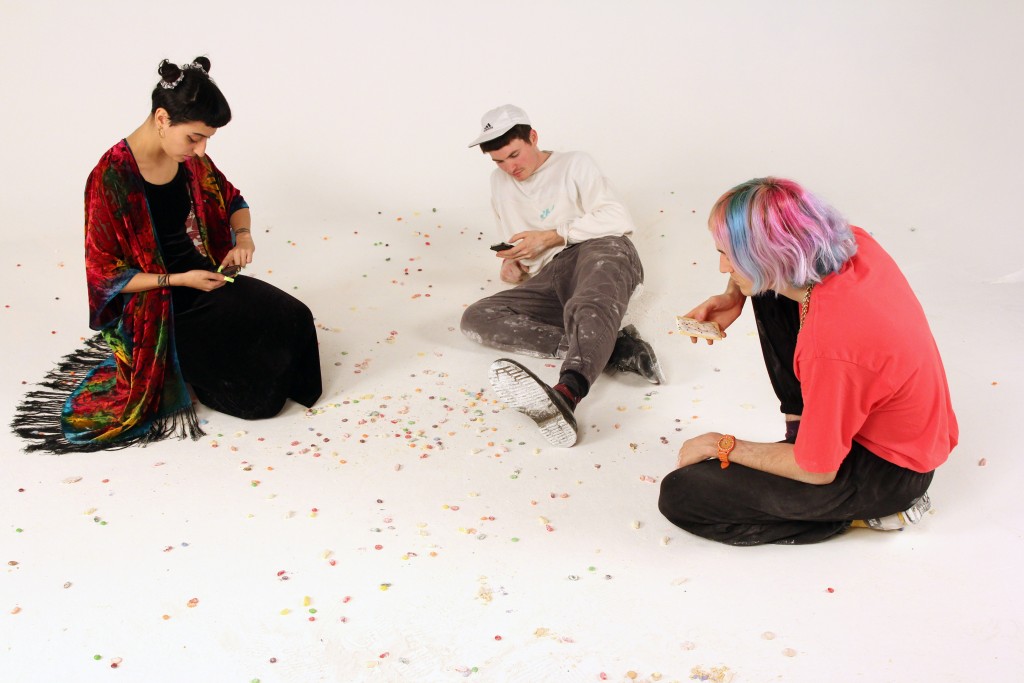 Debut album TO THE FLOORR out now via MÏLK Records

London odd-pop trio JOEY FOURR have unveiled the new video for ‘Crossdresser’, taken from debut album TO THE FLOORR, out now via MÏLK Records (and on cassette via Atelier Ciseaux).

Joey says of the video, “‘If you want it, you can have it’ – so feeling fabulous and having fun was how I wanted the video to look. I wanted the video to bring to the song something outrageous and and colourful and confusing and funny. Jack (drums) lit and filmed, Moema (bass) made the frame and styled the shoot, Hattie Ladd let us consume Kluster Rooms for the day and threw a tonne of feathers over me and Minnie Honour Blackman beat my face into the Best Dressed Fish.” Watch it below…

TO THE FLOORR was recorded in the basement of music venue Power Lunches, Dalston and Good Job in Bermondsey – a studio arts space each member had a studio in, before the bulldozers came to tear it all down late 2014.

The new collection of songs sees Joey’s songwriting shake off his earlier fuzz drenched EPs, now swimming in an iridescent sea of chorus and bubbles (and he wants you to join him). Inspiration in midst of recording was found in the music of Alain Souchon, Lizzy Mercier Descloux, Mykki Blanco, Jonathan Richman, Haruomi Hosono and Michael Jackson.

“ like swimming in an iridescent sea of chorus with a thudding bass line keeping you afloat.” – Noisey

“It’s got a kind of ZE Records-ish quality – bizarre, but with a good sense of humour” – Dummy