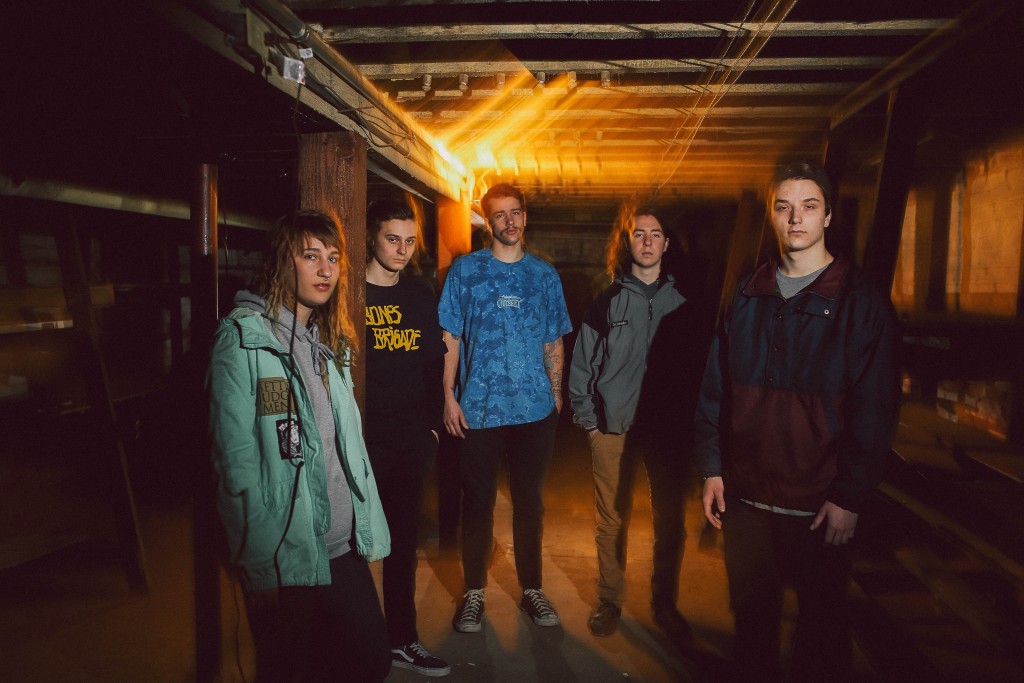 Minneapolis, Minnesota’s Household, have teamed with AbsolutePunk to premiere another new song from their upcoming debut full length, Time Spent, due out September 25th from Blood & Ink Records. “Undertow” is a shining example of the more melodic approach to songwriting that the band took when creating Time Spent.  Punctuated by the always-impressive production of Jay Maas (Counterparts, Title Fight, Defeater), the song’s intricate guitar lines weave in and out of strong vocal hooks and driving drums, proving that even when they focus on melody over aggression, Household are more than capable of keep the energy levels up. Pre-orders for Time Spent are available HERE.

Stream “Undertow” via AbsolutePunk:
http://absolutepunk.net/showthread.php?t=3730632
The saying goes “youth is wasted on the young” but for Minneapolis, Minnesota’sHousehold it’s just another cliche ready to be knocked down. Household defies convention at every turn and with Time Spent, the band’s debut full length, they have created a sound that is as diverse as it is cohesive. This unique voice in the crowded underground, combined with a work ethic that belies their young age, has Household’s future looking bright.

Made up of brother and sister, Nathanael and Abigail Olson on guitars, cousin Joshua Gilbert on lead vocals, and rounded out by bassist Josh Czech and drummer Matthew Anthony, the group formed in 2013 hit the ground running. When the time came forHousehold to record Time Spent, the band was forced to evolve when Gilbert discovered vocal polyps that prevented him from reaching the same throat-tearing screams of their previous work. With what could have been an insurmountable setback for many bands,Household adapted and flourished. Gilbert adopted a more melodic singing style and with it the band began incorporating more tuneful elements into their aggressive sound. By the time they began recording the album with Jay Maas (Defeater, Counterparts, Title Fight, Make Do And Mend), Household’s sound had grown by leaps and bounds into something not easily categorized.