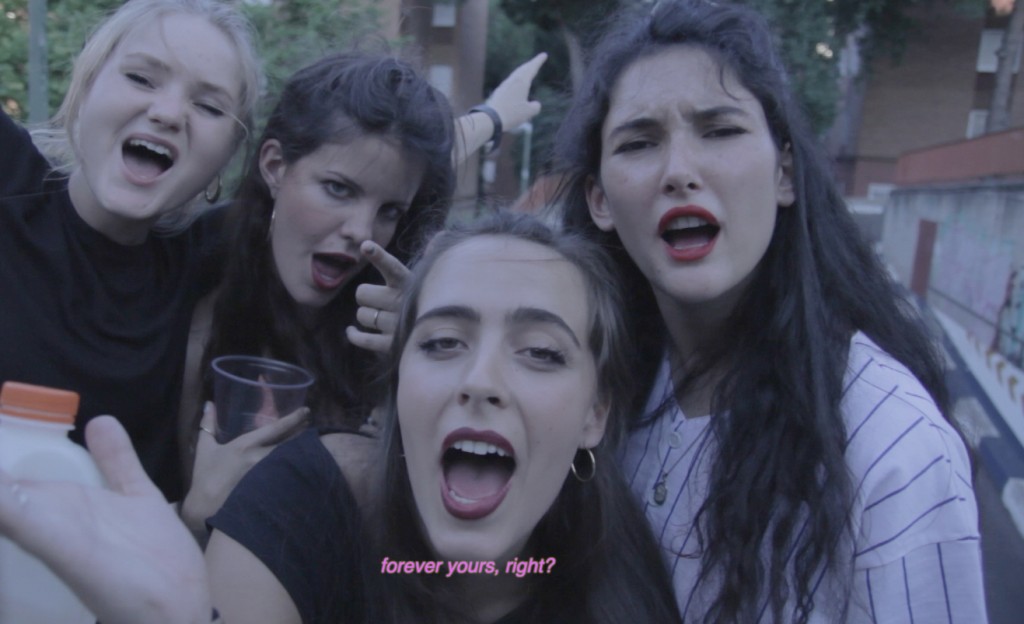 Play UK/EU shows in the autumn

Is there any doubt that 2015 is already shaping up to be the year of Hinds?

Already the Madrid quartet of Ana Perrote, Carlotta Cosials, Ade Martin and Amber Grimbergen have enthralled listeners with their strain of gloriously ramshackle and instantly addictive guitar pop, played sold out shows across UK and Europe and have had publications such as NME and the FADER anointing them one of the best new bands around right now.

Now, following on from their blistering set at Visions Festival last weekend, the band are unveiling the video for their new track “Chili Town” directed by themselves and Alex de Lucas. And if you haven’t already fallen head over heels in love with the band, you certainly will now, filled as it is with all the irrepressible goofiness, inherent sassiness and infectious exuberance that can be witnessed onstage.

The band have a typically breezy story about the concept behind the video:

“Following the tradition, this video has been made in one afternoon by ourselves and five friends. When we first thought about it we wanted to do something big, something related to motorcycles or (AND) motorboats, and mountains, and walking chickens and a fair and and and so many more ideas following this path of craziness hahaha. But in the end of the brainstorming with our brains almost melting we thought, who needs a boat when you have a bench next to your house???????  yeah exactly..! keep the budget low”

They will also be releasing a limited edition EP, the tongue in cheek entitled “The Very Best of Hinds So Far”, which collects together their 3, long sold out singles to date, along with “Chili Town”. The vinyl is limited to 300 copies and a Rough Trade exclusive in Europe. All copies will be hand stamped on front and rear and pressed on 10” vinyl, making it a highly collectible rarity indeed, as well as the perfect introduction to the world of Hinds for the, as yet, uninitiated.

“THE VERY BEST OF HINDS SO FAR” TRACKLISTING