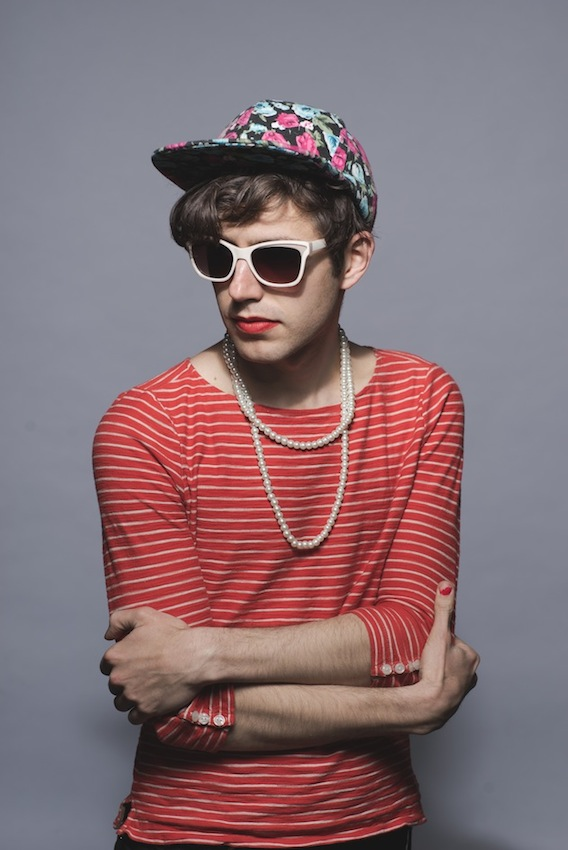 Following the recent release of his standout LP Perpetual Motion People on Bella Union, Ezra Furman has debuted an amusing egg-filled video for his swinging track ‘Lousy Connection’. The video sees a playful and artistic (and, spoiler alert: messy) study of the egg as facilitated Furman and The Boyfriends, and not without an unforgettable sax solo. Directed by Anika Mottershaw and Kimberly Arms, it offers both humor and introspection, which-as Mottershaw explains-is part of the point: “The music video is about the chaos of the universe, existentialism and the importance of buying free range, organic eggs,” she says, adding that now “The smell of rotten eggs will haunt me forever.”
Perpetual Motion People, Ezra Furman’s first album for Bella Union delivers a cascade of memorably bristling hooks driven by a unique splicing of timeless influences, delivered with a restless urgency and combative spirit that shines through the American’s vocals and lyrics. Having taken his time to work his way into the public consciousness, Furman’s time is unquestionably now, as he finally faces an expectant audience hungry for the next stage of his thrilling approach, on record and on stage.

The album was recorded with Furman’s current band The Boyfriends – comprising Jorgen Jorgensen (bass), Ben Joseph (keyboards, guitar), Sam Durkes (drums) and saxophonist Tim Sandusky – and recorded at Sandusky’s studio Ballistico in Furman’s home city of Chicago (he’s currently based in San Francisco). Sandusky also recorded Furman’s last two albums, The Year of No Returning and Day Of The Dog. “Tim completely understands what is, or could be, good about my songs, and how to make a record,” says Furman. “Each album we make together, we’re really getting somewhere.”

Perpetual Motion People kicks off with ‘Restless Year’, about which Consequence Of Sound described as, “a ball of energy, bouncing around genre borders with glee. There’s the rebellion of ’90s indie rock, a string of sunshine-y ’80s pop, and the snarl of ’70s punk.”

“The opening lines of my records tend to be summary statements,” says Furman. “Every year has been restless, physically and even more internally.” Hence the title Perpetual Motion People, “That’s who it was made by and that’s who it’s for. People who feel they can never settle. I’m restless in most aspects. I don’t tend to live in one place for long. I am always changing the way I present my gender. My religious life is intensely up and down in terms of observance and personal convictions. I’ve always viewed the idea of truth itself as something wobbly, always slipping out of our grasp. That’s what the songs are about: a head that is haunted, a society I cannot join, a lover who is perpetually in the act of leaving. A central idea is the fugitive or runaway, in a hideout built in the midst of an unfriendly or alienated world.

Though reluctant to single out tracks, given they’re all equally loved, Furman admits that ‘Ordinary Life’ “is a concept I’ve been trying to get out for a long time.” He cites transgender American author, playwright, performance artist and gender theorist Kate Bornstein: “She’s struggled a lot with depression and suicidal thoughts, she said, “Do anything you have to do to make your life worth living, break the law, run away from home, destroy your possessions; just don’t be mean to people”. I meet a lot of fans in need, and in pain. I feel desperate a lot too – desperate to shake people by the shoulders and try to explain something, I’m just not sure what.”

So it goes for Perpetual Motion People, besides the category of Great Albums of 2015, with its equal doses of desperation and joie de vivre, irresistible melody and boundless energy. Ultimately, Furman declares, life in perpetual motion is, “a good way to be. If you are never sure footing, you don’t get bored and the world is always new. It causes a lot of pain as well, but it seems worth it, and it is probably the only way I know how to be.”