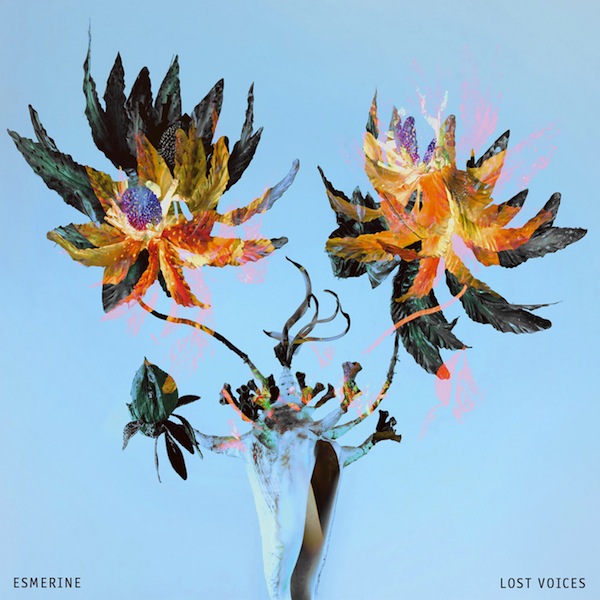 ESMERINE RETURN WITH NEW FULL-LENGTH ENTITLED LOST VOICES,
OUT 16 OCTOBER VIA CONSTELLATION; LISTEN TO NEW TRACK ‘THE NEIGHBOURHOODS RISE’
Montréal chamber rock ensemble Esmerine return with the new full-length album Lost Voices, the most dynamic and incendiary record of the group’s career, following its highly-acclaimed and Juno award-winning 2013 release Dalmak. Led by co-founders Bruce Cawdron (Godspeed You! Black Emperor) on various mallet instruments and Rebecca Foon (Thee Silver Mt. Zion, Saltland) on cello, Esmerine also includes drummer/percussionist Jamie Thompson (The Unicorns, Islands, Little Scream) and multi-instrumentalist Brian Sanderson.
LISTEN TO THE SWEEPING ALBUM OPENER ‘THE NEIGHBOURHOODS RISE’
Lost Voices is the result of multiple recording sessions led by Vid Cousins (Kid Koala, Amon Tobin, Colin Stetson) and was mixed/produced by Jace Lasek (The Besnard Lakes) at his Breakglass Studio in Montréal. The album features several tracks that are hands down among the band’s most rocking, making newfound use of electric guitars (courtesy a variety of guest players) alongside the group’s nucleus of marimba, strings and percussion. Expanding from Dalmak’s core quartet, Esmerine also welcomes bassist Jeremi Roy (who began touring with the group in 2013) as an official member; his contrabass work adds potent low-end to the heavier and more muscular jams on the new album. Lost Voices is equally notable for the appearance of GY!BE/Silver Mt. Zion violinist Sophie Trudeau as a featured guest; her intense and incomparable string sounds/styles elevate the potency of the record’s most soaring and high-octane pieces, particularly on opener “The Neighborhoods Rise”, “19/14” and the centrepiece track of Side Two, “Funambule”. Thompson’s drumming comes to the fore on these pieces too, and on the rock-steady minimalism of “A River Runs Through This City”, which satisfyingly harkens back to the likes of Tied & Tickled Trio, June Of 44, Shipping News and Lungfish.

Lost Voices can fairly be called Esmerine’s “rock” album, expanding upon the band’s celebrated prowess at deploying structure and dynamic, balancing melodic expression against methodical restraint through a diversity of stylistic touchstones (minimalism, post-rock, math-rock, desert rock) while allowing for explosive crescendos of exuberant density and maximalism that most notably distinguishes this record from previous work. The album nonetheless includes several instances of more spacious, searching and/or tender compositions – not only in some of the opening sections of the rock songs, but in stand-alone marimba-and-string-led pieces like “Pas Trop Pas Tropes” and “My Mamma Pinned A Rose On Me” and in the two piano-and-string minuets that close each side of the record.

Lost Voices is a deeply satisfying and evocative journey and another brilliant iteration of Esmerine’s distinctive instrumental chamber rock; cerebral and visceral, controlled and volatile, and wholly cinematic in scope throughout.