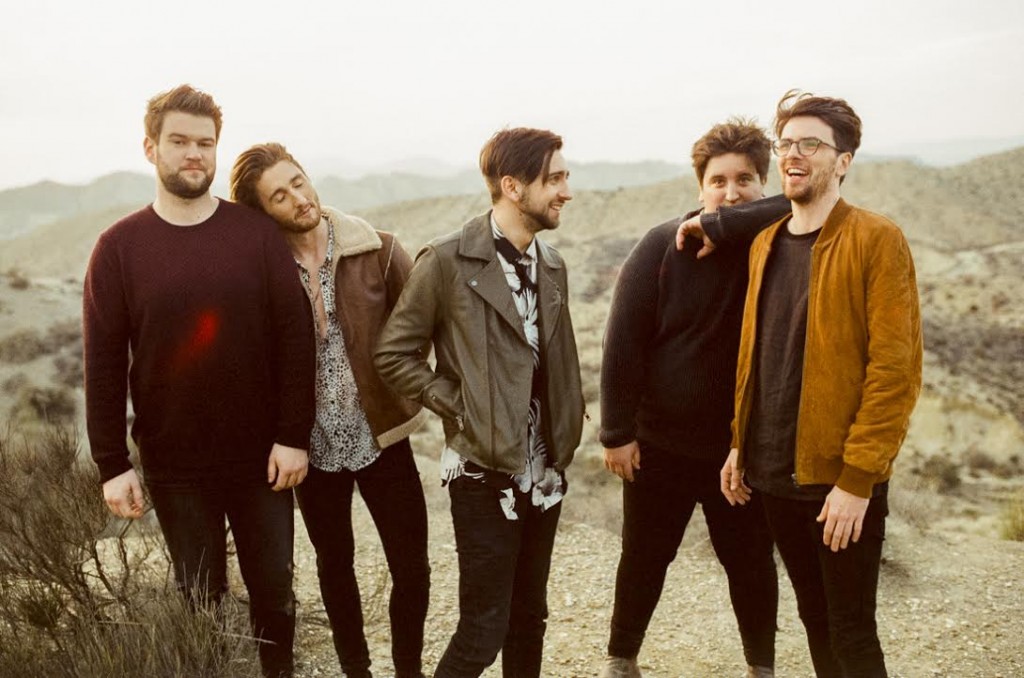 Just in time to soundtrack your summer and beyond, five-piece Eliza and the Bear unveil new single ‘Lion’s Heart’ and announce the release of their eponymously-titled debut album, released February 19th on Capitol Records.

At the end of 2014 the band decamped to Nashville to work with three times Grammy Award-winning producer Jacquire King (Kings Of Leon, Of Monsters and Men, James Bay).

“We wanted to get out of London, get away from distractions and concentrate on making the songs as good as they could be,” says frontman James Kellegher, “Jacquire brought in a string quartet, a gospel choir and a couple of brilliant brass players.”

Among the songs recorded are a couple that may surprise the band’s longtime fans including the beautifully broody, strings accompanied ‘I’m On Your Side’. Included, of course, are fan favourites that have long been part of the band’s live set, among them ‘Brother’s Boat’, album opener ‘Friends’ and ‘Upon The North’.

Of course, there’s also the new single ‘Lion’s Heart’. With its fist-in-the-air sensibility and hopeful urgency, the song is both epic and intimate in equal measure. If your favourite coming-of-age movie was written into a song, ‘Lion’s Heart’ would be it.

James Kellegher:
“Lion’s heart is a song telling someone that they are an absolute hero, but they don’t even know it. It’s about finding your own strength”

Through support shows with the likes of Imagine Dragons and Paramore, Eliza and the Bear have established themselves as a force to be reckoned with as a live band. Their recent run of dates with Twin Atlantic included a 10,000 capacity sold out show at Glasgow’s SSE Hydro, plus Brixton Academy and Manchester Albert Hall too. After playing Reading & Leeds in August, they will next embark on their biggest UK headline tour to date including a show at London’sKOKO on October 7th.

Eliza and the Bear didn’t plan to be a band. Not a real band, at any rate. The Essex quintet had no intention of releasing records, never mind making an album. They had no wish to play gigs, let alone tour. When they got together in the autumn of 2011, all five had given up trying to make it as musicians, their teenage dreams of pop stardom crushed by too many five hour drives to play to ten people. It was time, they decided, to return to real life.

Hence, the band began as a hobby, a weekly meet-up of mates now in their early 20s who still loved making music, but only for fun. Which is important to know because it’s key to understanding their sound. It’s why their songs are so joyous and their lyrics life-affirming. It’s why their trumpets are triumphant and their strings soar. It’s why their all-inclusive choruses demand to be sung back, why festival audiences adore them and why their singles have been synced everywhere from Sky Movies and a Masterchef final to the BBC’s Olympics coverage and the Bulmers cider advert. It’s why, whether you know it or not, you’ve heard their music.