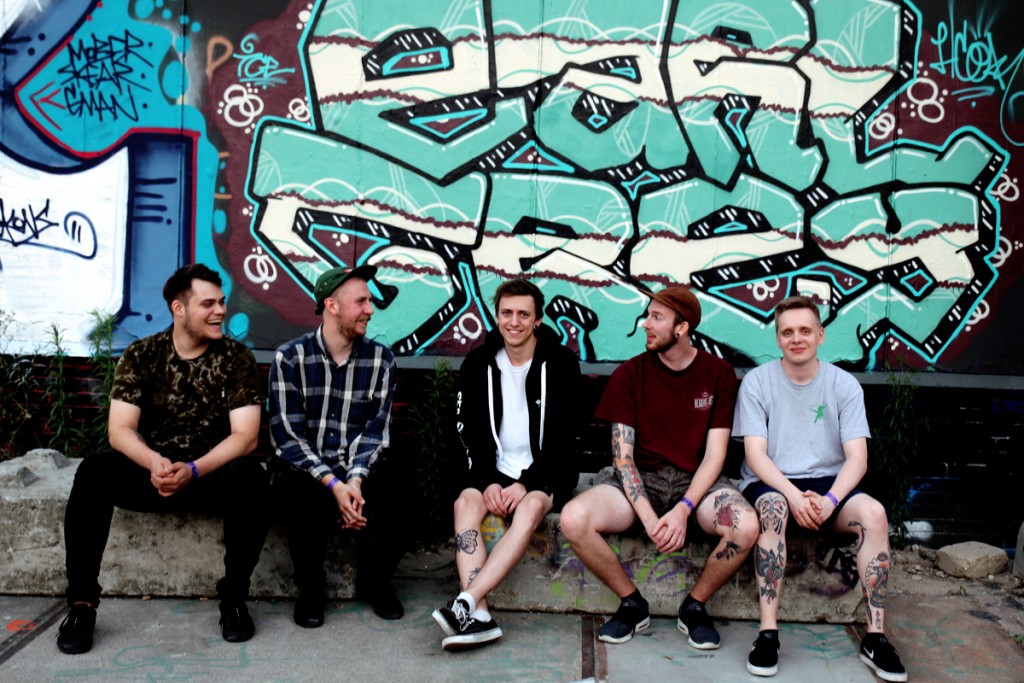 Lifting their moniker from the tea that vocalist Malte ‘Pedro’ Unnasch would devour whilst tracking vocals on the band’s debut E.P (2015’s ‘Ready To Leave’), Earl Grey‘s latest work is E.P ‘Passing Time’. Ahead of the release of their latest dose of hardcore and pop-punk fusion on October 9th, the quintet have unveiled the video for the single of the same name.

Featuring footage of the band playing a show at a skatepark in Eindhoven and various behind the scenes shenanigans, Bassist Lukas Andrzejewski comments “The song itself is about giving up on yourself. We’re all in our early twenties and sometimes we just feel like everyone our age is ten steps ahead when it comes to getting their life together and we’re just passing time.” He continues, “It’s about the chances that you didn’t take. It’s about sleeping in instead of getting up and changing the world, it’s about disappointing the ones you love, it’s about burning bridges and losing hope in everyone around you. It’s about knowing you’re doing something wrong but not being able to change it. We wanted to mix both aspects in the video and wanted to remind people that life is all about the beautiful moments that you’ll always remember.”

Earl Grey‘s latest work is their second E.P of the year, and it sees the band more on confident form: “The new release is definitely more powerful than the first one,” opines Lukas, “I feel like the songs have more passion and energy. Every step we took, every decision we made has been talked over a lot. Our policy in the band is not to do anything if not everyone’s completely satisfied with that decision.” Eager to keep up the momentum between releases, the band comments that “There was just 6 months in between recording the two releases so we obviously didn’t reinvent the wheel with this one, but we all think that this EP is a big step forward. The songs deliver more passion, honesty and energy, and that’s exactly what we were looking for; I think that we finally found our sound we want to represent the band.”