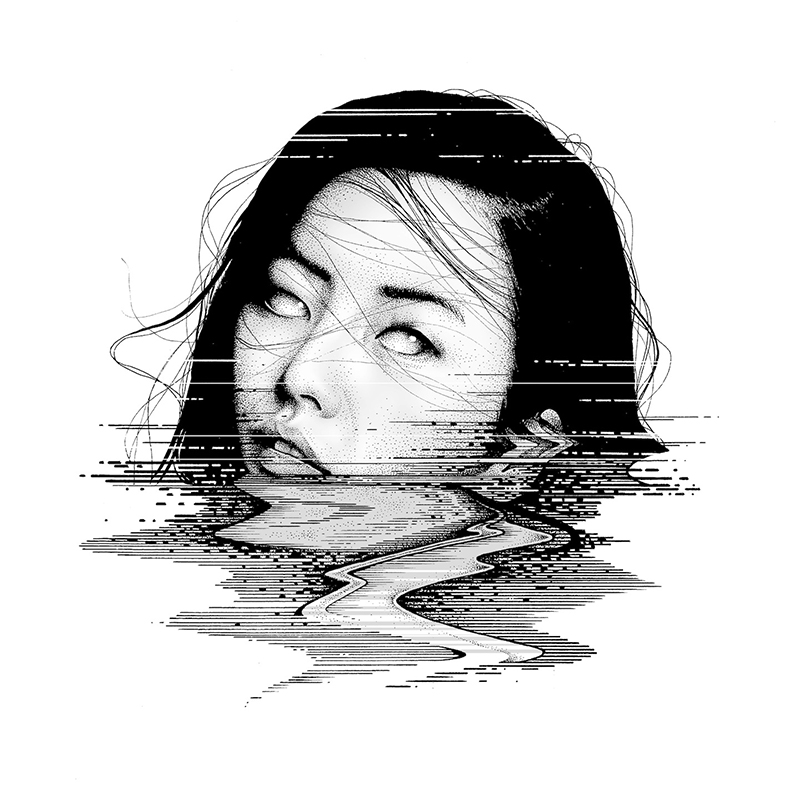 rise from their transatlantic catacombs to present ‘You’re Lucky God, That I Cannot Reach You’ on LP/DL via Holy Roar Records, October 23rd 2015.

Splitting up in 2011, members of Down I Go found themselves scattered across the globe – Chicago, Toronto, Stockholm – taking on different roles in the music industry, or being done with the whole scene altogether. It wasn’t until early 2014 that a message came to the their all but defunct Facebook page, requesting the all-but-dead, rapidly ageing experimental hardcore act reunite for an adventure that would surely kill them all.

The message, sent from the owner of fljótstunga travel farm (in Iceland, no less) and longtime Down I Go Fan Halldór Heiðar Bjarnason, inquired if the band would be interested in spending weeks on his farm, with the purpose of recording a followup to 2010’s critically acclaimed, absolutely menacing Gods.

Going in blind, and coming from very different corners of the world, the London three-piece reunited for the first time in almost five years. During nine days of isolation, buried in the colds and wilds of rural Iceland, the album was written in painstaking fashion. The result: You’re Lucky God, That I Cannot Reach You, a gory, gnarly, epic, unrelenting 32 minute fever dream.

One stormy night, over a bottle of Famous Grouse, a fellow visiting artist on the farm at that time, Pétur Ben, gave Down I Go a book of tales of Icelandic legends and folklore. The book was horrifying, grotesque, and wrought with strange, dark, hilarious stories. It was perfect. These tales would become the subject of the record. Tales of kidnapping, deicide, beautiful, horrible, violent creatures, and the selfish, bloody depths of the human condition, You’re Lucky God, That I Cannot Reach You, is as ambitious in its storytelling as it is in its meticulous instrument work.

As an evolution of their sound, Down I Go opted to build on the themes present in their lyrics by adding full brass arrangements – a first for the band. The result is a glorious sound that is bigger than anything the London act had accomplished previously.

Artist: Down I Go

Title: You’re Lucky God, That I Cannot Reach You

2. The Serpent of Lagarfljót

3. The Hired Hand & The Lake Dwellers

6. Strike It While It’s Still On My Nose

7. My Old Lady Wants Something For Her Whorl