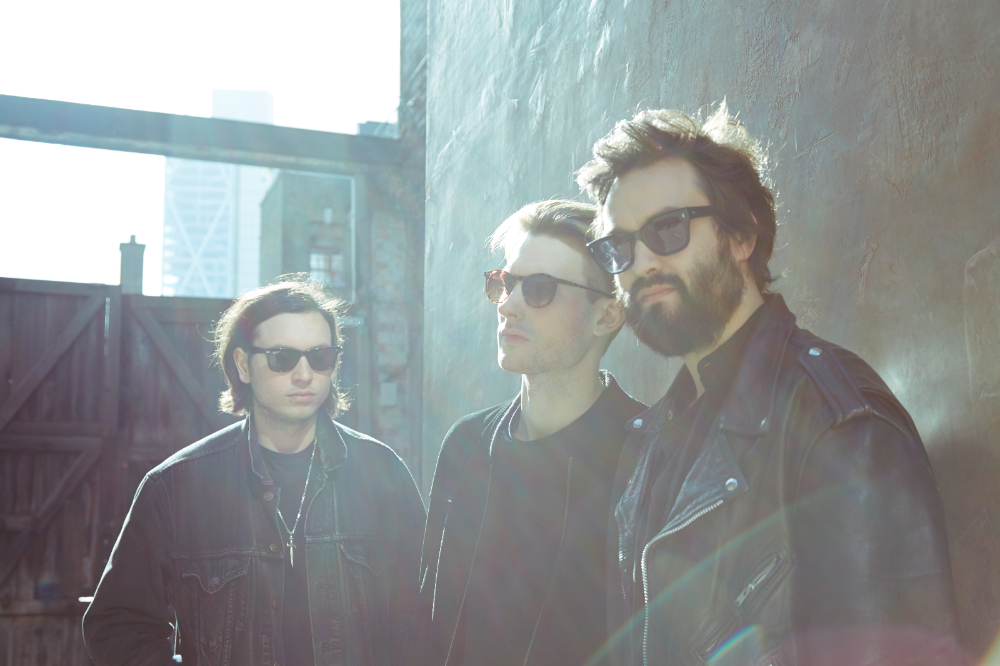 Dinosaur Pile-Up will release their third album ‘Eleven Eleven’ on 16th October, 2015 via SO Recordings. The record follows a whirlwind of worldwide touring which has included The States three times, Japan twice, Europe, India and their native UK, most recently supporting Brand New. That’s a hell of an itinerary for a live show as notoriously savage as theirs. And one that’s not set to let up with the band also announcing a headline UK tour in November to follow the release of the album. Having already released a taster of the album with the rip-roaring almost-title-track ’11:11’, Dinosaur Pile-Up have unveiled thunderous new single ‘Grim Valentine’ which can be heard now here and will be released on 2nd October.

Sculpted by the expert hands of producer Tom Dalgety (Royal Blood) the crushing, jagged riffs of this third monster are the meat on the Dinosaur’s bones. Dinosaur Pile-Up are reborn – ravenous for bigger crowds, broader stages and the fresh blood of fans’ ears. Vocalist / guitarist Matt Bigland, drummer Mike Sheils and bassist Jim Cratchley recorded the album as a full band for the first time and it’s an album that sees them go harder, faster and terrifyingly heavier than ever before. As Matt says: “What’s really exciting for us about this record is it’s the first time we’ve ever been able to capture the energy and flow that we have live. Because it’s the first time we’ve recorded an album together in a room, like when we are playing live or rehearsing, we were able to shape the songs and put them down in the way we want to play them live. Whenever we wanted something to be heavier, or more intense, we just changed it there and then. It was awesome. So we feel really good about it. It sounds like us, right now.”

In case you were sleeping, debut album ‘Growing Pains’ (2010) rudely introduced a vivid and chaotic band, built on a turbo-charged bedrock of Foo Fighters, Weezer and Nirvana. Second outing ‘Nature Nurture ‘(2013) saw the band’s sound develop a near-split personality, with calmer surf-rock riffs lulling listeners into a safe place before revving their menacing motor back up and ramming audiences straight back into the pit.

Now though, with their third album heralding darker, more intense vibes – as well as invoking comparisons to Deftones, Smashing Pumpkins and Motörhead – there’ll be no more sleeping for you. That’s a threat and a promise. Dinosaur Pile-Up are a band – and they’re about to go harder, faster and terrifyingly heavier than ever before.

Kaia Vieira releases new single Where Did You Go?