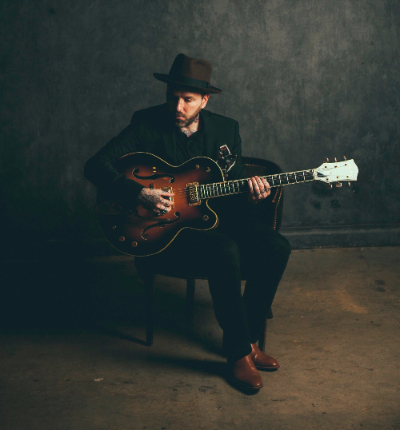 World-renowned singer, songwriter and performer City and Colour (aka Dallas Green), has revealed another track ‘Lover Come Back’, from his brand new debut album ‘If I Should Go Before You’, released October 9th on Dine Alone Records. A beautifully laid back track, City and Colour serves up a dose of heartbreaking lyrics with soulful organs, dreamlike rhythms and Dallas Green’s ever-unfaltering melodies.

The lyric video for ‘Lover Come Back’ has premiered on Paste Magazine, and can be seen HERE.

This follows the unveiling of ‘Woman’ and first official single ‘Wasted Love’, which received its premiere on Radio 1 from Huw Stephens, sitting in for Annie Mac.

Recorded at Nashville, Tennessee’s Blackbird Studios, ‘If I Should Go Before You’was produced by Green with additional production and engineering by Karl “Horse” Bareham.

The highly anticipated new album is now available to pre-order via iTunes, and includes an immediate download of ‘Lover Come Back’, as well as the album tracks‘Woman’ and ‘Wasted Love’. A fan pre-order is also now available viawww.cityandcolour.com featuring limited edition coloured vinyl along with other unique items.