Christina Vantzou reveals details of her album Nº3, due for release via kranky October 16th; listen to “Shadow Sun”‏ 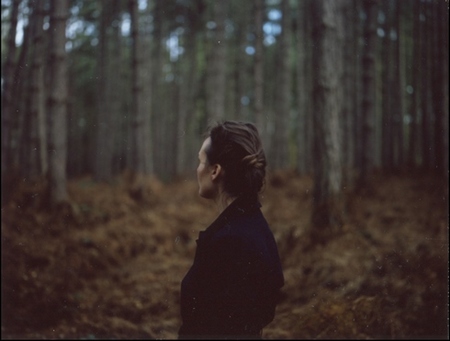 CHRISTINA VANTZOU REVEALS DETAILS OF HER ALBUM Nº3,
DUE FOR RELEASE VIA KRANKY OCTOBER 16th;
LISTEN TO “SHADOW SUN”
Album Nº3 from Christina Vantzou is the result of a two-year process of composing, arranging, rearranging, experimenting, and melding classical instruments with synths and electronics. Recorded in Belgium with a 15-piece ensemble of strings, horns, woodwinds and micro-choir, the tracks vacillate between orchestral, ambient soundscapes and more structured works that the composer refers to as “pillars.” The internal core of the record, however, is unwavering. All tracks head in the direction of otherworldly drones surrounded by soft, subtle and sometimes intense veils or points.
WATCH THE ALBUM TRAILER
The structured tracks mark a new direction for Vantzou. Whereas 100% of the music on Nº1 and Nº2 was composed without time structure or steady click, the pillars on Nº3 adhere to a solid mathematical scheme. Perhaps Vantzou’s day job as a math teacher is starting to have an inﬂuence.

Nº3′s virtual instruments and voice samples hearken back to Vantzou’s time with The Dead Texan, speciﬁcally tracks like “Aegina Arlines” and “When I see scissors I cannot help but think of you”. The synths on Nº3 were given special attention and were recorded over a two week period using a DX7, Yamaha CS20, Roland Juno-6, and a selection of eurorack modular synths, making Nº3 very much a hybrid record, both symphonic and synth-based.

To complete the album, Vantzou made two slow motion videos using a phantom high-speed camera and a 16mm short ﬁlm.
Nº3 TRACK LISTING:
1. Valley Drone
2. Laurie Spiegel
3. Pillar 3
4. Robert Earl
5. The Library
6. Entanglement
7. CV
8. Cynthia
9. Stereoscope
10. Pillar 5
11. Moon Drone
12. Shadow Sun
13. Pillar 1
14. The Future
PRASIE FOR Nº2:
“This is wordless music with weight and emotional pull enough to snap a drifting commuter to attention, to take it in like so few albums of its breed can be: as a work in and of itself, and not simply an accompaniment to a life lived at speed.” – CLASH
“Itʼs a solemn work of stark minimalism, delicate and powerful in equal measure.”  – DROWNED IN SOUND
“There’s a weight and scale reminiscent of Ingram Marshall’s epic sea-mist tone-paintings.” – MOJO
“Listening to Christina Vantzouʼs latest album is a quite breathtaking experience, but to explain quite why is virtually impossible.”
– MUSIC OMH
www.christinavantzou.com
www.facebook.com/christinavantzou
www.kranky.net