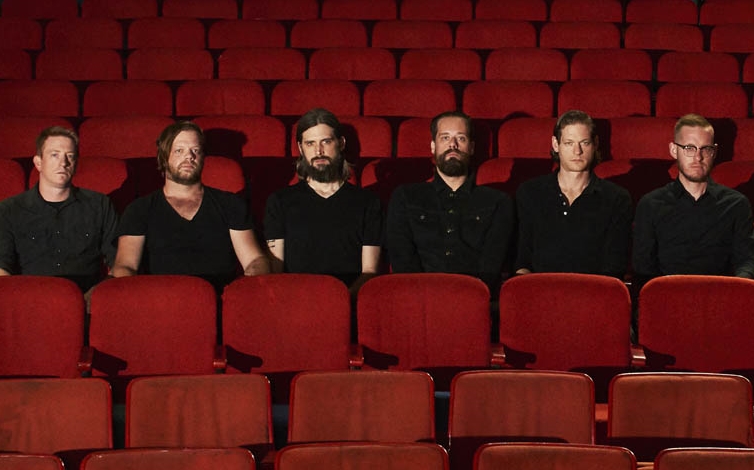 If you missed it earlier, we can’t get enough of the new Caspian song ‘Darkfield’ taken from their forthcoming album ‘Dust and Disquiet’ which is due out on 25 September 2015 via Big Scary Monsters.

‘Darkfield’ is streaming in full below-

Dust and Disquiet is the band’s fourth full-length album and the follow up to 2012’s stellar ‘Waking Season’. Recorded at Q Division Studios in Somerville, Massachusetts, Caspian once again tapped Matt Bayles (Isis, Cursive, Screaming Females, The Sword) to produce and mix.

In addition, Caspian have also announced a string of EU/UK tour dates in support of the new album with support from Jo Quai and Tidal Sleep (select dates only). The tour spans 22 dates and see’s the band visit cities such as London, Glasgow and Sheffield for the first time since their last tour with Defeater at the start of 2014.

‘Darkfield’ follows on from the release of the band’s recent song ‘Sad Heart of Mine’ which was premiered over with Noisey. This was the first new song from the forthcoming album, receiving critical acclaim and upwards of 15K views upon release.

On ‘Dust and Disquiet’, Caspian again refuses to be confined by genre.  Listeners will find those familiar intricately textured soundscapes that the band has become known for on tracks like ‘Sad Heart of Mine’, ‘Arcs of Command’ and the title track, ‘Dust and Disquiet.’

In the center of the album, a track like ‘Run Dry’ will surprise listeners and stands alone in the band’s discography as a stark, acoustic ballad with vocals from guitarist Calvin Joss at the forefront. Elsewhere, Caspian forays into unexpected territory: ‘Ríoseco’ explores the wilder, steel-eyed side of country, and ‘Aeternum Vale’ ventures into the classical realm.

Caspian released their last LP, Waking Season, in 2012 to critical acclaim, with Spin proclaiming it as the ‘Best Post Rock Album of 2012.’ The band followed with the release of ‘Hymn for the Greatest Generation’ in the fall of 2013, an EP that was to serve as Caspian’s epilogue to Waking Season. ‘Hymn for the Greatest Generation’ was also well received, finding praise everywhere from Pitchfork to Nylon to Alternative Press. After touring extensively in support of those releases (tallying hundreds of shows throughout 25 countries), Caspian returned to their hometown of Beverly to celebrate a decade of making music together at the historic Larcom Theatre last October.

The band are excited to release new music and get back out on the road. ‘Dust and Disquiet’ is due out on 25th September 2015 via Big Scary Monsters and will be available for preorder on CD / 2xLP