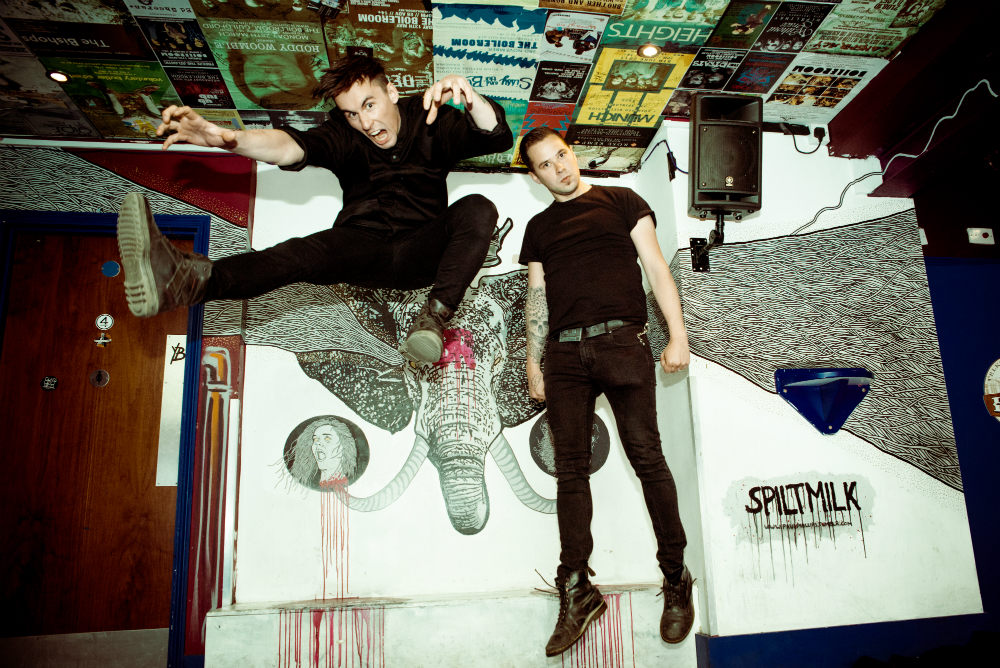 No strangers to genre-bending, two piece Black Futures are streaming their forthcoming new single ‘LOVE’ which features a guest turn from rapper P.O.S of Minneapolis crew Doomtree and is listenable here. The single is set for release via free download on 28th August. Black Futures got into Doomtree through their recent output and had a conversation whilst in the studio when writing the track musing “wouldn’t it be sick if we could get P.O.S to do a verse when the beat drops.” Amazingly, it became one of those situations where everything falls into place and P.O.S did indeed do a verse.

Comprised of Paul Frazer and Vince Welch, Black Futures are certainly ready for anything that comes their way, crafting a no-holds-barred aural assault of Anarchic Electro Psych Punk Noise that is something like Death From Above 1979 and the Chemical Brothers’ bastard offspring. Having played their first ever gig in front of 10,000 people supporting The Prodigy in Manchester and with some of their first output including co-writes and production on The Prodigy’s number 1 album ‘The Day Is My Enemy’, it’s already been quite the baptism of fire for this pair. Frazer is also one half of The Mutants, who’ve worked with an unfathomably illustrious collection of artists including members of The Damned, The Specials, MC5 and 5678’s.

Black Futures will be taking their unique sound to the live arena very soon so watch this space.