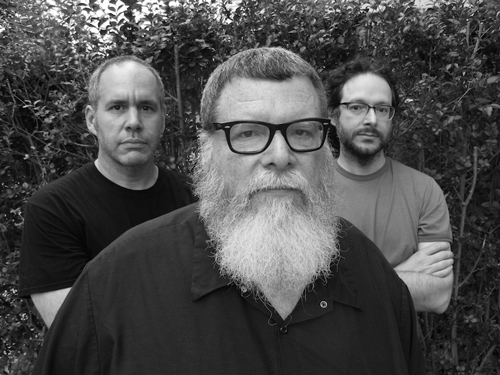 It’s been almost two years since Boston’s Willard Grant Conspiracy last toured the UK. However, the band have been touring over here ever since their formation, 20 years ago. A loose, ever revolving cast of up to thirty musicians, with the only constant being singer and songwriter Robert Fisher, their Facebook page states, “If someone tells you they play with us, they probably do”.

Although often pigeonholed as being an Americana band, The Quietus rightly pointed out that WGC in fact “has more in common with the apocalyptic landscape visions of Warren Ellis and Nick Cave, or Ghost Of David-era Damien Jurado”, also stating in a review of the band’s last London show that WGC were certainly deserving of a wider audience.
WGC’s last album, 2013’s Ghost Republic, received much critical praise, with Mojo magazine describing it as being “at times hushed and poetic, at others dizzyingly huge and squalling” and The Line Of Best Fit calling it “a haunting, remarkable record which grips you like the living dead”.
LISTEN TO ‘GHOST REPUBLIC’
This September, WGC will return to the UK as a trio – Robert Fisher being joined by long time collaborator and principle viola player, David Michael Curry (also of the Thalia Zedek Band) as well as cellist Jonah Sacks. Tickets for all shows are on sale now.
WILLARD GRANT CONSPIRACY TOUR – 2015
10 Sep – GLASGOW, Glad Cafe
11 Sep – EDINBURGH, Wee Red Bar
12 Sep – BELFAST, Crescent Arts Centre
14 Sep – LONDON, St Pancras Old Church
15 Sep – SOUTHAMPTON, Talking Heads
16 Sep – EXETER, Phoenix
17 Sep – BRIGHTON, Prince Albert
20 Sep – TILBURG, INCUBATE FESTIVAL (NL)
www.willardgrantconspiracy.com
www.facebook.com/WillardGrantConspiracy
www.twitter.com/willardgran