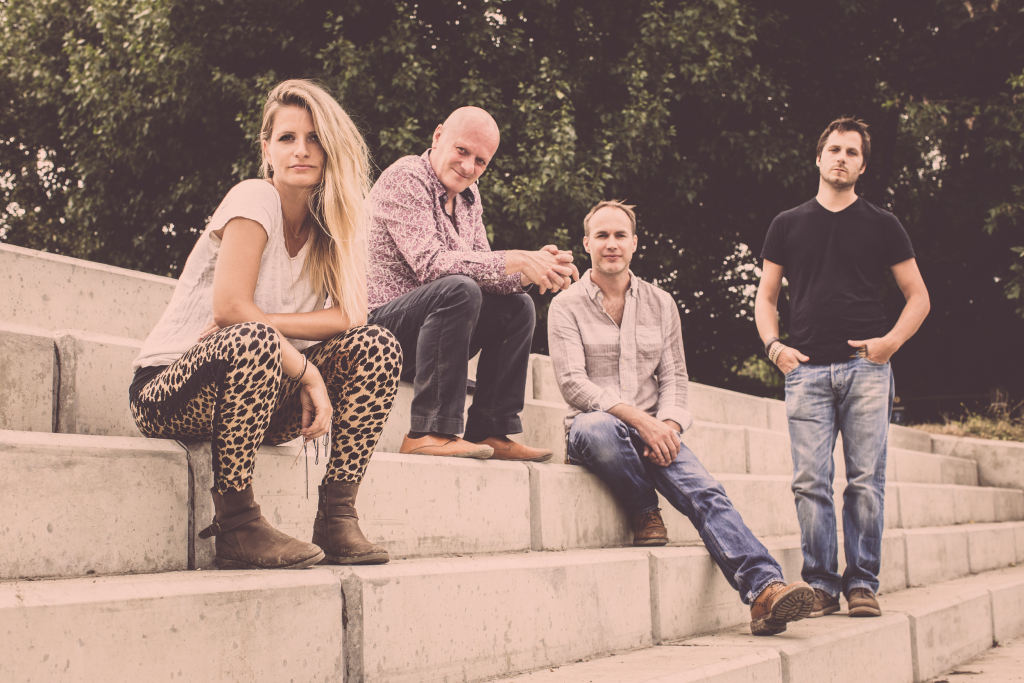 Still Life’ is the first single to be taken from We Came As Strangers’ third album ‘Eyedom’.

A soaring and hazy taste of what’s coming up in the new record, ‘Still Life’ is a contemplative ode to opportunities missed. As your mother told you, there’s always something better around the corner.

About We Came As Strangers
Originally coming together as an experimental project away from each of the quartet’s leviathan collection of professional endeavours, We Came As Strangers’ is a complete execution of creative freedom in its most literal sense.

“I wanted to do a proper band where we all write the songs and are all involved in production,” says Justin Sandercoe. “And we did go into it as strangers, I’d worked a bit with everyone but the rest of the band hadn’t met each other before.”

Entering the studio without a single lyric or note written, We Came As Strangers surpassed their recent Kickstarter campaign target, and subsequently piled into the studio for a fortnight of intense collaboration, before departing with third record ‘Eyedom’ realised in-full.

Spontaneity is the name of the game here, previous albums ‘Shattered Matter’ (2014) and ‘Recipe For Adventure’ (2013) came to life in precisely the same way.

It’s this unique approach to being in a band that fuels their passion for creativity – being revered industry professionals in their own right is not without limitation. Yet, as a collective, We Came As Strangers rises above that with boundary-pushing melody and layer upon layer of soulful, intimate-sounding tracks that purvey an unparalleled sense of chemistry between members that becomes more apparent with every listen.

Guitarist Justin Sandercoe counts Queen’s Bryan May and Steve Vai among his fans, having been described as “one of the most influential guitar teachers in history” by The Independent and helming a YouTube channel that’s clocked up over 210 million views.

Bassist Tim Harries has had his deft grooves used by the likes of Brian Eno and David Holmes, as well as performing alongside Sandercoe with Katie Melua.

Singer Ellem’s sharp and sweet vocal sits between Ellie Goulding’s vocal athletics and Adele’s power‐warble, has already gained global recognition for her version of The Beatles’ ‘Blackbird’ recorded for Converse in Brooklyn, and also for her music’s placement in a plethora of film and TV, including About A Boy and Grey’s Anatomy.

Completing the line-up, Owen Thomas, meanwhile, has channeled his pop sensibilities fused with his extensive work on TV and film soundtracks into a uniquely layered production sound that falls somewhere between ‘90s trip‐hop, slide guitar-smeared Americana and sparse acoustic sensibilities.

Counting iconic trip-hop acts such as Portishead and Massive Attack as their influences, the We Came As Strangers discography takes in a vast and opportunistic scale of comparison: looking as far as back Fleetwood Mac, as contemporary as London Grammar, as influential as Philip Glass and as diverse as Regina Spektor.

We Came As Strangers is ultimately a band of equal parts bringing together four emphatic personalities into a constantly shapeshifting outfit: with sometimes extended track intros giving front to this unusual array of talent and showcasing each member in their entirety.

The band’s latest endeavour has resulted in a diverse catalogue of immersive, sometimes exquisite and all-consuming tracks, culminating in their upcoming new album ‘Eyedom’ set for release on 31 August.

This, their third album, sees the band mature both in sound and creativity having taken their unique approach of spontaneity and intensity to another level – originating from the band’s very foundation and continuously pushing them forward to discover places you never knew existed.