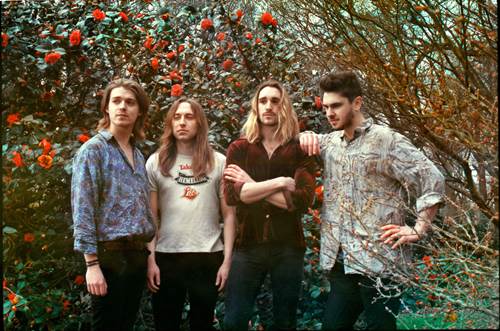 Out now via RYP Recordings

“A wild and wonderful piece of mystical mayhem, that’s indicative of the bands psychedelic rhythm and blues prowess.” – The Beat

“Live, they really grab you by the scruff of the neck!” – Gary Crowley, BBC London 94.9

Following a period of successful shows in and out of the capital, culminating in an outstanding headline performance at Vice Magazine’s Old Blue Last and an outstanding launch party at The Shacklewell Arms, Venice Trip have released their debut EP, ‘Look Forward’, on RYP Recordings.

The EPs lead single has already garnered support from Gary Crowley on BBC Introducing London, who invited the band into the studio for his ‘featured artist’ segment. This summer they have already impressed crowds at The Great Escape and are set to play a slew of dates across the country over the course of the summer.

The thundering introduction to ‘Look Forward’ – title track of their EP – reflects the youthful spirit and celestial energy of the band, yet demonstrates their penchant for sounds of old. Their lyrics talk of escapism, fuelled by a life in modern London filled with pressures and uncertainty. The storm settles into ‘Oh Katy’, a warm melancholic groove which demonstrates the band’s pop sensibility. Bringing the EP to a dramatic close with a dark rolling hypnosis, ‘Father of the Universe’ gives a glimpse into their electrifying live show.