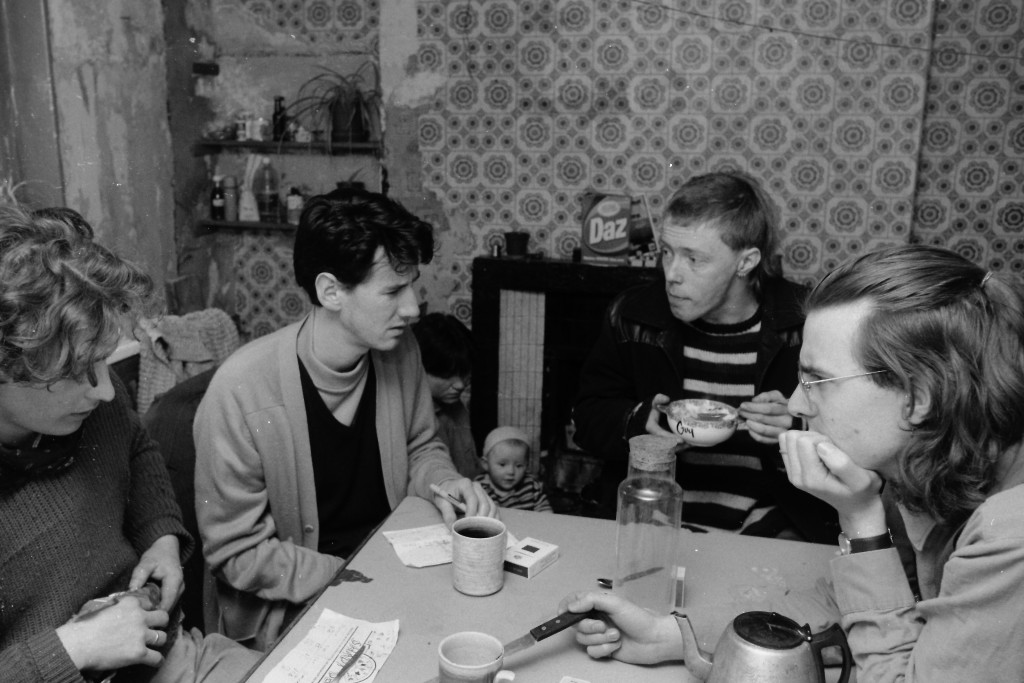 Album launch party on 24th October in LondonListen to ‘

Sianne Don’t Work In A Factory‘

Above is a photo of Normil Hawaiians back in 1986 after having recorded their final album Return Of The Ranters, at Foel Studios in Powys, Wales. Sadly at the time a range of bewildering factors led the album to be forever delayed, shelved, forgotten about and keenly missed, despite it being the band’s finest statement to date.

This last year Upset The Rhythm have been working around the clock with the band members on tracking down the original master tapes for remastering and we’re overjoyed to say that on October 16th we will be releasing ‘Return Of The Ranters’ (LP/CD) for the first time since it was written 30 years ago! This album is a must for all enquiring minds besotted with avant punk / troglodyte industrial / cosmic improvisation and sounds as fresh as the daisies growing out of the cracked pavements of South London.

This album also marks the first step in a considerable project Upset The Rhythm have in mind to reissue/reappraise the band’s other two epic albums ‘More Wealth Than Money’ and ‘What’s Going On?’ that came out in 1982 and 1984 respectively, which will be accompanied by copious liner notes, bonus tracks, rehearsal takes, rarities and singles.
We seriously cannot wait to share this with you all, here’s a first taste, album opener ‘Sianne Don’t Work In A Factory’… (that’s Sianne sitting on her mother’s lap in the middle of the photograph above when she was only one year old).
Upset The Rhythm presents…
NORMIL HAWAIIANS
Saturday 24 October
The Lexington, 96-98 Pentonville Rd, Angel, N1 9JB
7.30pm | £8 | http://www.wegottickets.com/event/324984
Preorder:
http://upsettherhythm.bigcartel.com/
CONNECT
http://upsettherhythm.blogspot.co.uk
http://normilhawaiians.com/