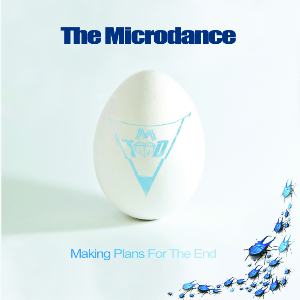 London based four piece The Microdance have unveiled their debut single ‘Making Plans for The End’ that will be released September 18th through Superlust Recordings. You can listen to the track here.

The track is taken from the forthcoming album ‘New Waves of Hope’ that is due for release this September. The album was recorded over 2 weeks in LA with Frankie Siragusa and features guests Nicole Fiorentino (Smashing Pumpkins, The Cold & Lovely, Veruca Salt) on vocals and Eric Gardner (Iggy Pop, Morrissey, Tegan & Sara, Tom Morello, Cypress Hill) on drums.

The Microdance are the brainchild of Alex Keevill who with a plethora of over 100 songs, teamed up with now fellow band mate Gavin Mata Hari deciding that focus between two members was a key factor in the band’s creative direction.

The band are a psychedelic powerhouse of melody with the single ‘Making Plans For The End’ mixing ethereal vocals and hallucinating harmony to create a dream pop extravaganza. Elevating choruses and anthemic guitars are blended seamlessly showcasing the fact that British music is ever evolving into new and exciting forms.

Alex says “Making Plans For The End is me channeling my love for the power of pop; it’s brighter, catchier and less challenging than most of the album but it’s still unmistakably our sound. When Nicole added her vocals, we knew how special she was going to make this album.”

They play an intimate show on Friday 17th at the Stags Head in Hoxton.