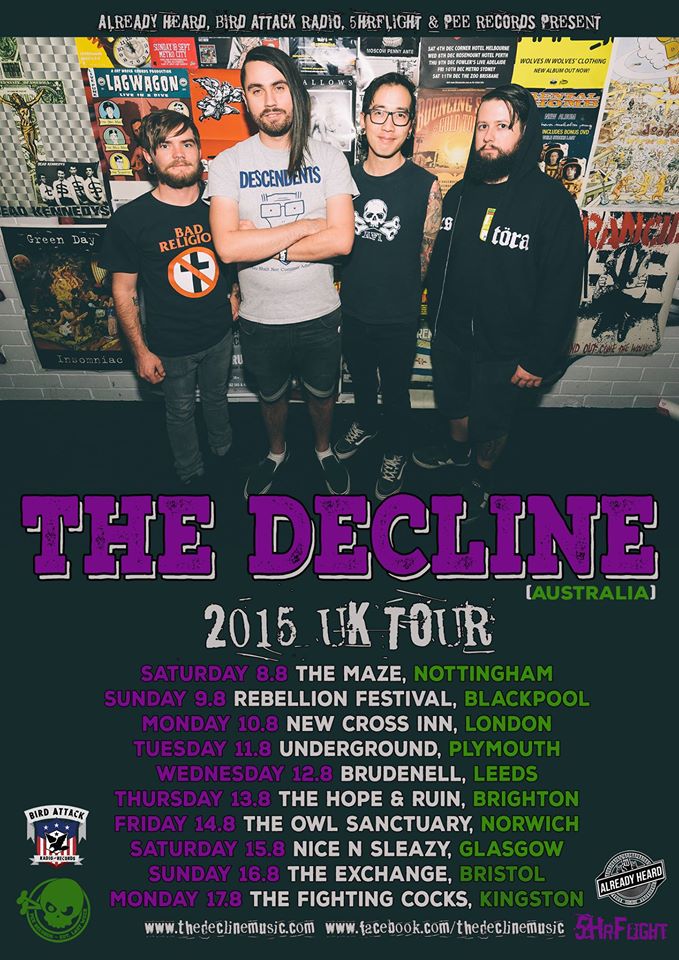 Australian Skate-Punks, The Decline are hitting the UK this August, for shows with MDC, Teenage Bottlerocket and Giants, as well as Rebellion Festival appearance

In support of the new album, ‘Resister’, The Decline will be hitting the UK for the very first time. ‘Resister’ is released in the UK on Monday 3rd August.