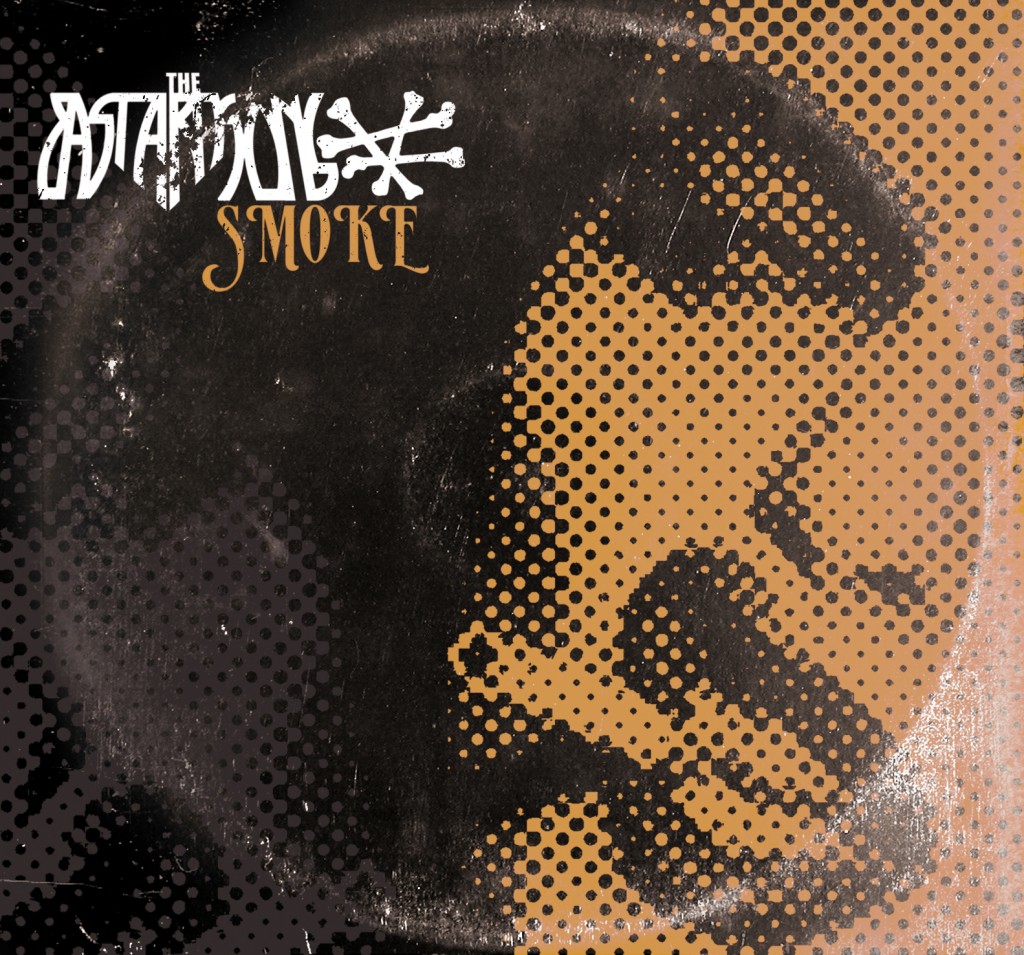 York-based heavy rock’n’roll quintet The Bastard Sons are pleased to reveal the artwork and tracklist for their debut album ‘Smoke’ released on 7th August 2015via Kaiju Records, including iTunes Metal Chart #1 single ‘Release The Hounds’.

Jumping straight into the iTunes Metal Top 20 on launch, all pre-orders from iTunesand Bandcamp come with an instant download of unreleased track ‘Listen Here’ – available to stream in full now:

“Listen here is loosely based around a conversation I had sat in the pub with my Grandad” explains front man JJ Jackson of the inspiration behind the song “I was listening to his advice about life and how not to take sh*t from people and keep on trucking. It’s basically a shout out to tell people just keep at it when life is getting heavy.”

The ‘Bones’ and ‘Roads’ EPs attracted praise in the alternative press from Kerrang Magazine, Rock Sound, Big Cheese Magazine, Metal Hammer, Terrorizer, Skin Deep and more, with support at TV and radio also falling in line in the face of their southern-tinged guitar assault.

Mike Krol shares “This Is the News” from Turkey‏