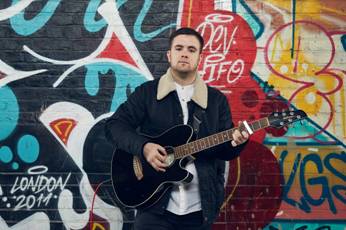 TAKEN FROM THE FORTHCOMING ALBUM NOTHING IS ENOUGH

26 year old South London grime artist Sketchman, aka Charles Hazell, has announced the release of Paramount the first take from his debut album Nothing Is Enough.

Released, on Sketchman’s own Uncle Albert Records, Paramount comes after his previous efforts achieved nationwide radio airplay – namely a week-long playlisting, backed by BBC Introducing on Radio 1Xtra. While interview by DJ Target, Sketchman described the new album to be “more story telling… real life experience”, elaborating that it would document his journey as an independent artist in the music industry.

Paramount sees Sketchman deliver multisyllabic rhyming, over his signature blend of live instruments and electronic drum patterns. Aside from lead vocal and production from Sketchman, the album features additional vocals and 12-sting acoustic guitar from singer/songwriter Chloe Ray. It also features bass guitar from Sam NSQ and has been mixed and mastered by veteran sound engineer Danny C.

Paramount is largely about the escape to be had through creative lyric writing, and exploring one’s imagination. It serves as an apt introduction to Nothing Is Enough, where more of the same can be expected.

For further information on Sketchman, you can check out their official channels below: