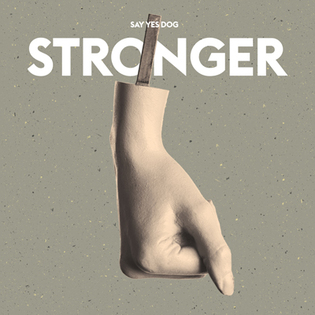 DEBUT ALBUM ‘PLASTIC LOVE’ OUT ON 04 SEPTEMBER 2015
“Next Big Thing“ – Noisey / Vice
“If you like Hot Chip, you’ll love this lot” – The Guardian
“More hooks than a fisherman’s tackle box.“ – Time Out London
“After acclaimed gigs at the Reeperbahn Festival and the Berlin Festival, Say Yes Dog are at the edge of the breakthrough” – Intro
“The same pasty-faced funk of Hot Chip, but with Metronomy’s cheap- sounding keyboards and ear for a melody. These guys can stick around.” The Monitors
Say Yes Dog have announced they’ll be releasing their debut album ‘Plastic Love’ on 04 September 2015 via Diskodogs Records/Cargo.

Founded in 2011 by two Germans and one Luxembourger, the Berlin based trio merges danceable synthesizer melodies with great beats. They have been spending the last few years touring all over Europe refining their sound and live shows.
After sharing Girlfriend back in the Spring, Say yes Dog are releasing ’Stronger, the second single taken from the album, out on 17 July 2015.. A great slice of cool and breezy elctro-pop, ‘Stronger’ seems to be born to sondtrack a long warm summer night.