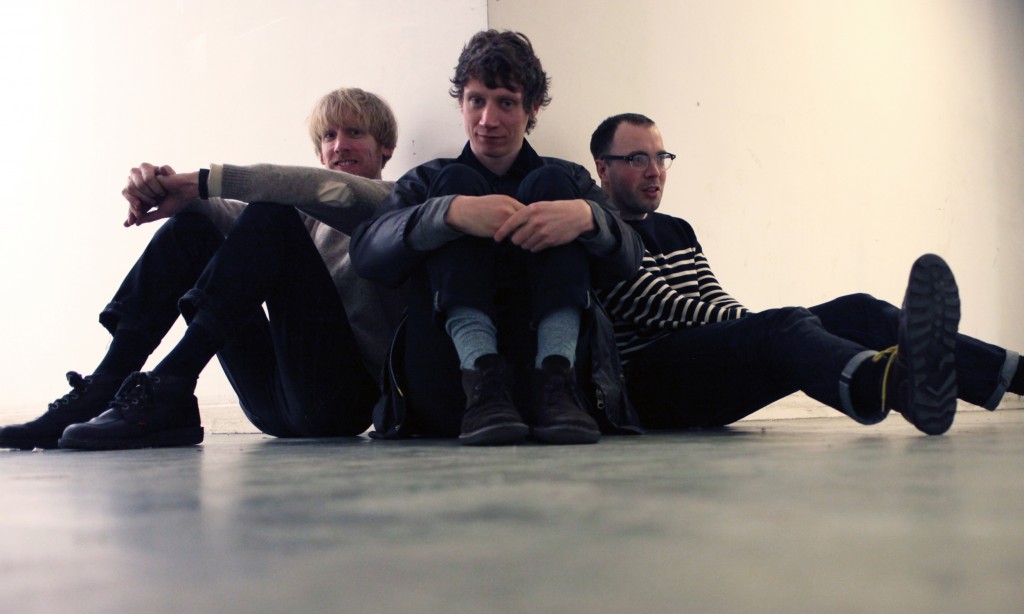 Parts Primitive is the debut album from London-based band Primitive Parts. The band consists of Sauna Youth, Monotony and Male Bonding alumni / hit-makers Lindsay Corstorphine (guitar / voice), Kevin Hendrick (guitar) and Robin Christian (drums). They first practiced in 2012 after working together in a record shop in Crouch End with the goal to make something ‘without fuss’, that might sound like ‘Stiff Records in the 60s’. They count The Deep Freeze Mice, Mick Jagger and Swell Maps among their many influences.
After signing to Trouble in Mind (Dick Diver, Jacco Gardner, The Soft Walls, Ultimate Painting) in 2015 they immediately bought a Tascam 388 multitrack tape device. The resulting recording process was executed succinctly over the next three working days across two locations – the bands practice room in Homerton and Corstorphine’s home, a former furniture factory in Hackney Wick.
Parts Primitive consists of ten close-knit and succinct songs that aim to evoke a sonic space that could be an imagined 1970s. ‘Miracle Skin’, ‘Signal’,‘Rented Housing’ and ‘Troubles’ are influenced equally by the dynamic Australian garage rock of The UV Race, Eddy Current Suppression Ring and Total Control as they are by the pop sensibilities and British charm of early Eno, The Kinks and Blur. First single, ‘Being There’ is a homage to the 1979 Peter Sellers film about a simple, sheltered gardener. Album closer, ‘Ever Outward’, features an improvised outro played by all three members on drum machine and cassette loops.
Parts Primitive was recorded by the band directly onto two 7″ reels of quarter inch tape, mixed by Mark Jasper at Soundsavers and mastered by Australian living-legend Mikey Young. The artwork makes a nod to 1970s photo books ‘British Image 1 and 2’ and Euan Duff’s ‘How We Are’, old council and library letter heads and the painfully thin paper picture sleeves of records by bands like Vain Aims and Protex.
The album follows two sold-out singles on the SEXBEAT and Faux Discx labels, both of which received heavy air-play from BBC 6’s Marc Riley and Jenn Long and were acclaimed by critics including Stereogum and NME. The album is the bands first engagement for the Trouble in Mind label.
Primitive Parts have shared stages w/Twerps, Franz Ferdinand, The Homosexuals and Juan Wauters. Having recently bought a car, they plan to embark on a full UK tour in Autumn.
Pre-order on Itunes and get “Miracle Skin” as an instant gratification!