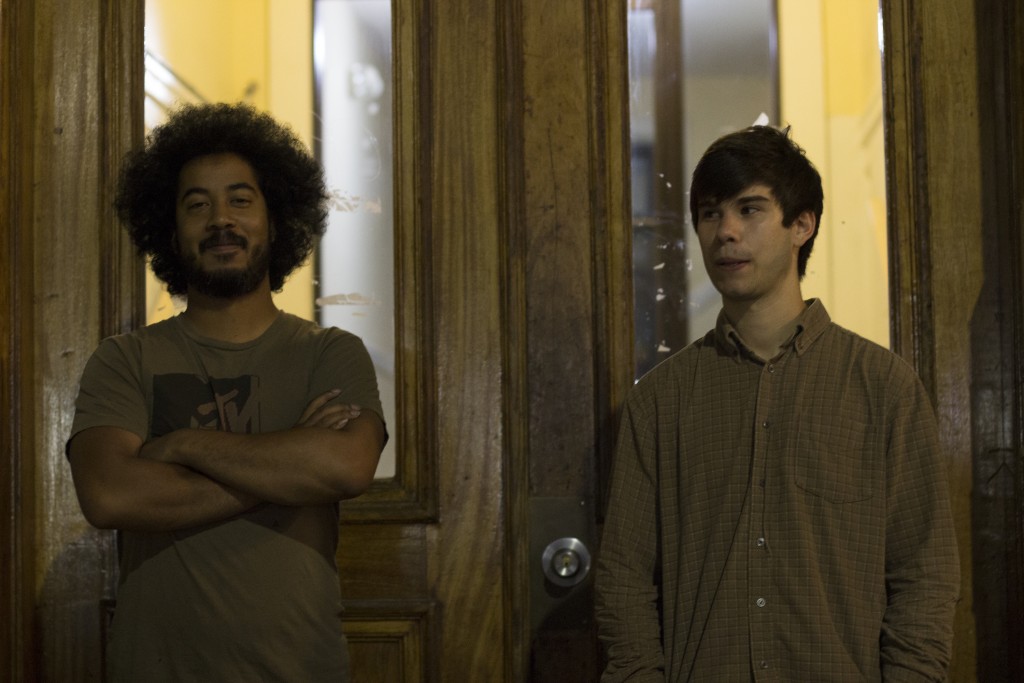 Considered by some to be an EIS all-star team of sorts, the duo of McKnight (guitar) and Hartlett (bass, drums) began writing songs together in the summer of 2013, laying down the initial framework of the what would become Derp Swervin’. With the music written and demoed the band decided to ask some friends to write and record vocals, reaching out to Rosenberg, Palehound’s Ellen Kempner, Dirty Dishes’ Jenny Tuite, and Spook The Herd’s Abe Kimball (as well as Philly Collins’ own Theo Hartlett). McKnight recently discussed having Rosenberg on “Dogsbody,” offering:

“This was the first song Theo and I recorded where the demo came out so good that it could have easily been the final version. I had the riffs written from when I was crashing on Alex Molini’s (of Dirty Dishes) couch in Boston. Theo and I wrote the song in literally 10 minutes after that. I think I asked like 4 singers to do vocals and in a pinch, when no one got back to me, I knew I could rely on my trusty pal Sam Rosenberg to spit the hotness over the track. And that he did. It’s the kind of thing with Sam and I where I know I can call on him whenever I need him because he’s so quick and good with his work it almost seems like cheating. #Blessed to have such a talented and close friend who lives down the street from me.  I never hesitate to put Colesville, MD on the map. Respect.”