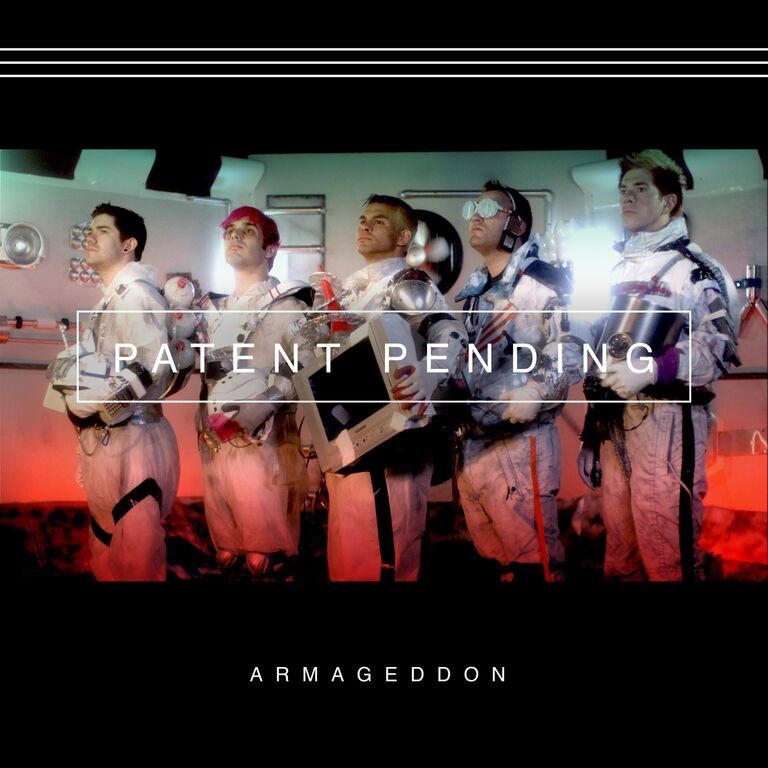 The acrobatic gang of musical misfits from Long Island, also known as Patent Pending, have today unveiled a brand new video for their new single ‘Brighter’.

Check out the video here or click on the image above to watch it!

“The ‘Brighter’ music video was made by us with help from our amazing team here on Long Island. Led by our long time director, John Komar, most of this video was shot at Patent Pending headquarters (Anthony’s House) while the rest was shot at incredible locations graciously offered up by friends of the band. The video is a metaphor for the crazy journey that our band has taken to this point and leaves us with a sense of hope at the end that with hard work and dedication, accomplishing the impossible may be possible one day. We’re so proud of this music video and we hope people are as excited as we are about it!” – @JoePending

‘Brighter’ is taken from the forthcoming EP ‘Armageddon’ set for release onJuly 31st. The band are thrilled to announce that it will now be released through Rude Records after recently inking a deal with the label.

“We’re so excited to join forces with Rude Records! After years of searching we’ve finally found a home for our band with people that truly understand our vision, our goals and our craziness. It’s going to be an amazing partnership and we can’t wait to get (A TON OF) new music in everybody’s hands this year!” – @Joepending

Recorded in Nashville, Tennessee with long time producer and collaborator, Jordan M. Schmidt, ‘Armageddon’ is another eclectic blend of genre blurring anthems from Patent Pending. No two songs sound the same, but as a whole, the EP comes together to form one inexplicably cohesive body of work.

You can pre order the EP here.

This summer so far has seen Patent Pending storm the stage at all three Slam Dunk festivals, announce a new EP, release a video AND sign with an international label. Their never-say-die attitude and DIY ethic from the get go has paid off…having enough energy to power the Thames doesn’t hurt either! You can catch the band on the road with Zebrahead towards the end of the year. Full dates are below.

Lizzie and The Yes Men return with new single and video‏