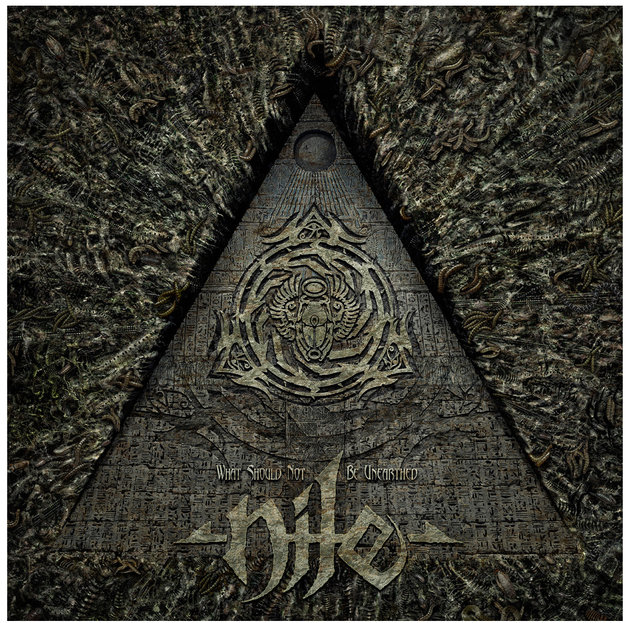 NILE
Reveal ‘What Should Not Be Unearthed’ Tracklist

In anticipation of their new upcoming record, the masters of historical-themed brutality NILE reveal the tracklist of ‘What Should Not Be Unearthed‘ which will be released on August 28th via Nuclear Blast.

The tracklist is as follows:
01. Call To Destruction
02. Negating The Abominable Coils Of Apep
03. Liber Stellae Rubeae
04. In The Name Of Amun
05. What Should Not Be Unearthed
06. Evil To Cast Out Evil
07. Age Of Famine
08. Ushabti Reanimator
09. Rape Of The Black Earth
10. To Walk Forth From Flames Unscathed

Mastermind Karl Sanders comments on the band’s new output;
“The goal for the new record was sheer epic brutality. The focus this time around is on brutal Heavy Metal riffing and songwriting; kind of like of an ‘Annihilation Of The Wicked‘ approach but very streamlined to achieve maximum destructive impact. So we believe that we have a truly crushing disc to bring to metal fans. Although ‘Unearthed‘ is still full of the kind of undeniable musicianship people have come to expect from us over the years, it’s the songs themselves that will hit listeners over the head this time around.”