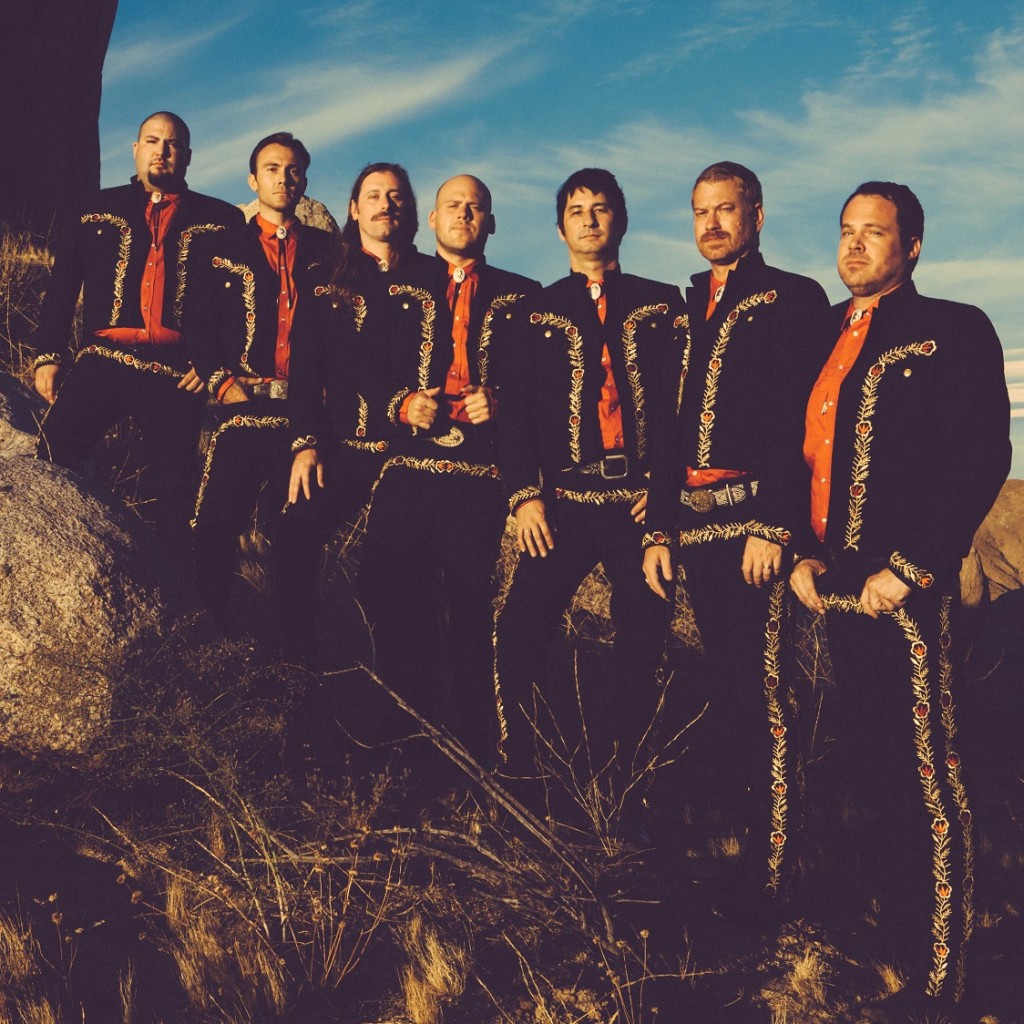 On tour in the US with Flogging Molly
& Gogol Bordello

“[MEB III has] not just some of the best songs the band has recorded in this guise, but a number of the finest songs heard this year.” – Kerrang!

Set in the Southern California desert, Mariachi El Bronx’s new video for the track “Wildfires” is a beautifully shot example of the band’s LA-meets-mariachi aesthetic on their latest album, III. “Horns and a certain wistfulness reminiscent of the Regional Mexican sound pervade the English-language indie pop track,” said Billboard. You can watch it below…

After bringing their LA attitude to a run of UK headlining dates this spring as well as their “salsa pit” inducing shows at Slam Dunk, Mariachi El Bronx are back on the road in the US this summer  with Gogol Bordello and Flogging Molly. Mariachi El Bronx will also be opening the Main Stage at Reading and Leeds as well as playing a Bronx set later that day on the Lock Up Stage!  Phew!

All of those upcoming dates are listed below, as are the band’s summer festival performances.

With Gogol Bordello and Flogging Molly

Le Butcherettes stream “They F*ck You Over” from forthcoming album, A Raw Youth‏