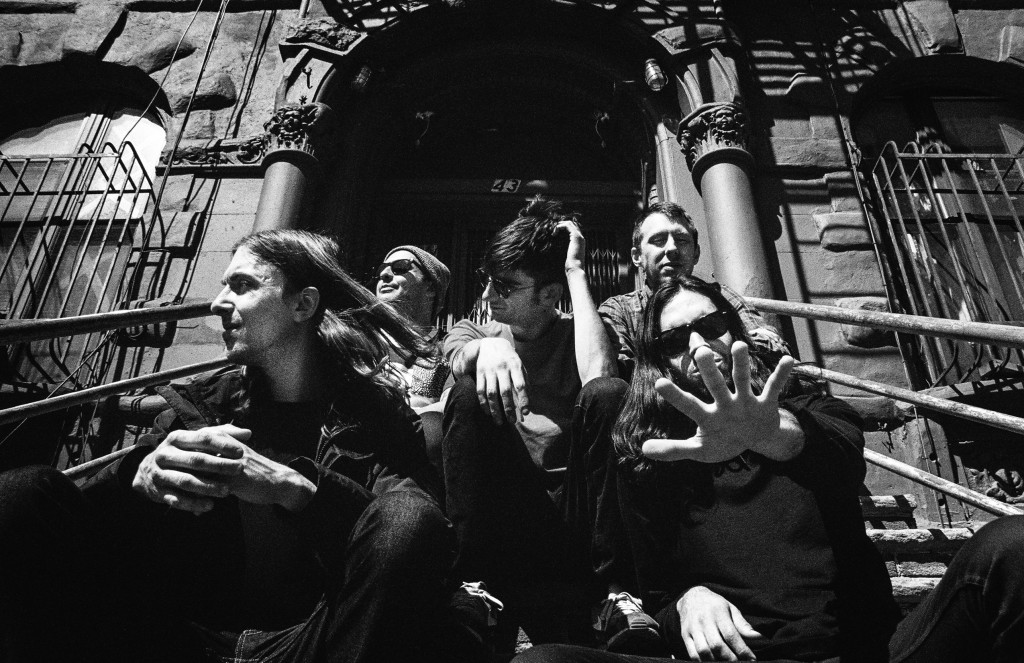 Man Overboard have just released their fourth full length album, Heavy Love, via Rise Records, an album that undeniably represents the band’s most accomplished work to date and an exciting new step in their sonic growth. With bombastic hooks and cutting aggression to spare, Heavy Love takes the listener through twists and turns that are new to a Man Overboard release, but always maintains the heart that the band are known for.

To celebrate the release of Heavy Love, the band have premiered their brand new music video for “She’s In Pictures” one of the album’s catchiest tracks. The classic-power-pop-indebted song features massive hooks that are sure to be racing through heads all summer, and the kinetic music video captures the energy and mischievous spirit of Man Overboard.

Watch the “She’s In Pictures” Music Video
Physical copies of Heavy Love are available HERE, and digital can be found HERE.  Man Overboard are supporting the release of Heavy Love with performances on the entirety of the Vans Warped Tour, followed by embarking upon the Suppy World Tour, which will see the band joining forces with The Story So Far in Japan, Southeast Asia, Australia, and New Zealand.

Most punk rock bands could never imagine having the kind of longevity that would find them four full length albums deep into their career, but Man Overboard aren’t most punk rock bands. With the release of Heavy Love, Man Overboard have returned with an album that both embraces their past and looks towards their future. Heavy Love is the band’s most accomplished work, a confident release that more than proves that the band’s fierce insistence on following their own path has paid off.

The prolific band exploded onto the scene with their debut EP, Hung Up On Nothing, in 2008, and hit the ground running with a steady stream of releases including three full lengths and many EPs, splits, singles, and collections. A non-stop touring machine, Man Overboard travelled the globe bringing their raucous live show to stages everywhere and saw their hard work pay off as the band steadily grew more popular. Despite their success, the band maintained their DIY roots, running their own label, Lost Tape Collective, and giving back to the scene they love.

After the release of their 2013 full length, Heart Attack, the band’s momentum was suddenly halted by turmoil within the band members’ personal lives.  A band whose energy thrives on youthful exuberance and angst, the members of Man Overboard suddenly found themselves growing up whether they liked it or not. These sudden changes found their way into the core of Heavy Love. Guitarist Wayne Wildrick said “so much happened in our personal lives since the last album. Some of the members experienced loss and death, and some of the members got married. That is a big contrast and you can hear all those emotions on the record, in both the music and in the lyrics.”

With these new life experiences in tow, Man Overboard began to envision their fourth full length.  They set no limits, ignored all expectations, and opened themselves up to any and all possibilities. The result is a revitalized sounding band giving some of their most passionate performances yet.  Production courtesy of the legendary Bill Stevenson at The Blasting Room Studios perfectly captures the band sonically stretching their limbs and exploring new dynamics. Tracks like “She’s In Pictures” and “Now That You’re Home” find the band touching on crunchy power pop, while the fierce “Cliffhanger” and “Anything” demonstrate an aggression rarely heard on the band’s past work. This natural progression never dilutes spirit of Man Overboard‘s sound. Massive hooks and heart-on-the-sleeve lyrics are still the band’s hallmarks and they achieve them on Heavy Love with a combination of precision and passion that is undeniable.

Heavy Love is an achievement by nature of it’s very existence. The fourth full length in an already impressive discography, it is evidence of Man Overboard‘s staying power and ability to adapt. Where many punk bands falter, Man Overboard has flourished and created an album that celebrates their past and dives headfirst into their future.