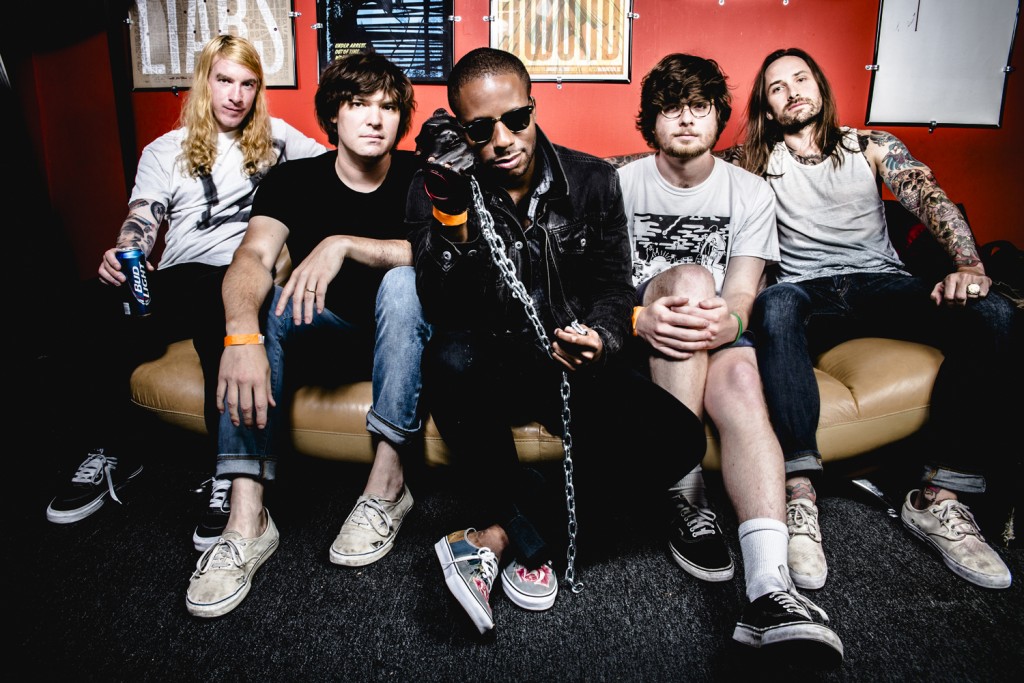 Washington DC’s finest punk party goers, Loud Boyz, have teamed with Nerdist to get you in on the fun with their new music video for their song “FYK.” The track comes from the band’s debut full length, Tough Love, Hard Feelings, out now from Cricket Cemetery Records, an album that Nerdist said, “feels like a f–king gauntlet in the best way possible. When it’s over, you are out of breath, but can’t fathom sitting down or resting.” The music video features the band thrashing, sweating, screaming and generally causing a punk-fueled uproar that everyone is welcome to join in on.

Tough Love, Hard Feelings is available now from Cricket Cemetery Records. The band will be appearing live throughout 2015 in support of the album, including taking their raucous show to Raleigh, NC for Hopscotch Music Festival.

Watch “FYK” Music Video via Nerdist:
http://nerdist.com/premiere-headbang-and-thrash-along-to-fyk-by-loud-boyz/
Having only existed as a band for a little over a year, Loud Boyz have quickly become an incredibly buzzed about band in the mecca of punk rock music that is Washington DC. With varied backgrounds as punk eclectics, artists, and musicians, Loud Boyz‘s Kenny Brown, Rory Sheridan, Devin Cassidy, Alex Anderson, and Mitchell West have fused their collective arty, noisy, weirdness to create a mix of hardcore punk and garage music that is so raw and unpredictable that it’s abundantly clear the band intend to shake things up.

After releasing a two song single last year, and sharing the stage with the likes of The Buzzcocks, Coliseum, United Nations, and Marky Ramone’s Blitzkrieg With Andrew WK, the band is ready to unleash their debut full length, Tough Love, Hard Feelings, on up-and-coming DC label, Cricket Cemetery Records. Loud Boyz may be new, but its members are no strangers to the hardcore punk scene, having played in bands such as Warchild, Rattler, and New Rock Church of Fire. By merging the most prominent elements of their past projects, Loud Boyz have unearthed a rowdy collision of punk, hardcore, and garage rock that makes heads bang with its sonic bite, but has more than a few hooks amongst the aggression.