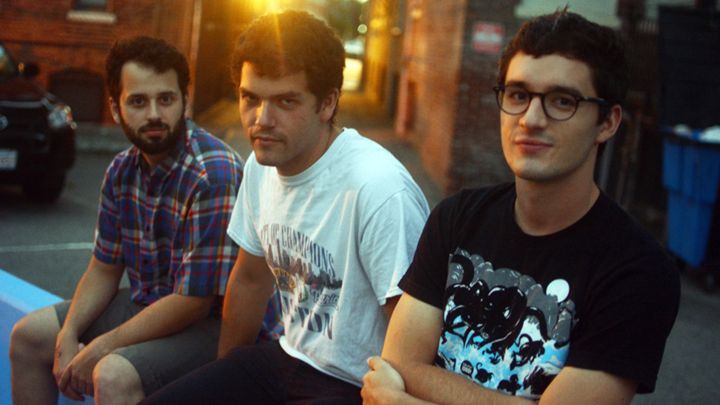 Boston’s Krill are excited to share the music video for “Torturer,” from their breakthrough record, A Distant Fist Unclenching. The video, directed by Kathleen Hancock, made it’s debut on NPR Music, ahead of the band’s upcoming tour dates. Speaking about the band, NPR shared, “Seething anxiety runs through the lyrics of bassist and singer Jonah Furman, who deploys drawn-out, sentence-like phrases that tease out pent-up emotions, self-doubt and neurosis. It makes Krill’s songs feel jittery and claustrophobic one moment and satsifyingly cathartic the next, as the trio erupts”. Expanding on the video’s plot, NPR offered, “It’s all a little surreal, sure. But the story and its imagery matches the low, rumbling turmoil lurking in Krill’s complex, chaotic music.”

A Distant Fist Unclenching was released in February to wide spread praise throughout the US and the UK and Krill have found themselves on the road in support of the record since it’s release, touring with peers Speedy Ortiz, Warehouse, Mitski, Ava Luna, and Two Inch Astronaut, performing at this year’s Boston Calling Festival, as well as embarking on their first international dates. The band are ready to hit the road again for a small set of dates beginning this week. Check them out below.

Recorded with Justin Pizzoferrato (Dinosaur Jr, Sonic Youth, Speedy Ortiz), A Distant Fist Unclenching is Krill’s most ambitious body of work and true progression of their sound. Following last year’s fantastic Steve Hears Pile in Malden and Bursts Into Tears EP, Krill continue to push forward, exploring new and unknown territory throughout their expansive new record with a knotted post-punk grace and deeply philosophical charm that was hailed by Rolling Stone, Pitchfork, Stereogum, Noisey, The Fader, NME, and many others.

A Distant Fist Unclenching is out now via digital download and vinyl on Exploding In Sound / Double Double Whammy (US) and Steak Club Records (UK).