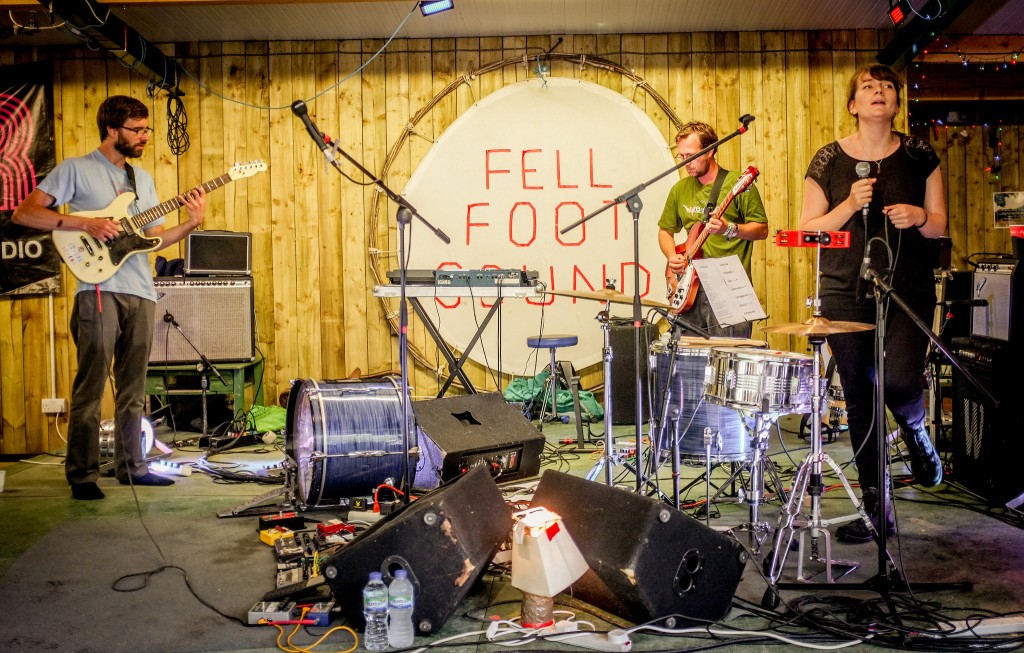 If you do one thing today, listen to the new release from the talented Juffage, streaming below.On July 19th, 2014, Juffage returned to the Lake District for his second performance at Fell Foot Sound.  Though previously performing as a solo artist, this intimate and iconic festival brought about a unique opportunity for reuniting the members of 2013′s highly-acclaimed “Sonic Cauldron” concert at Left Bank Leeds.  Amidst the picturesque backdrop of Lake Windermere, the eponymous “Juffage Cauldron Ensemble” took to the stage at Fell Foot Wood for an extraordinarily unique and inimitable one-off performance.  One year later, the gig’s final track is finally being released.

Originally from his 2011 album, Semicircle, “Stop Making Music” gets a complete instrumental re-working here, swapping guitar, bass, drums, and synths for the album’s piano.  Though occasionally played live at solo shows, this performance marks the first and only time this song has been played as part of a group, allowing the song’s explosive finale to flourish.

Juffage is setting out on a solo UK tour beginning in August, with dates as follows:

2015 will also see the completion of a new Juffage studio album, featuring guest appearances by Harkin, Evans, and Isherwood.  This will be Jeff’s first studio album since 2011′s Semicircle (Function Records), a debut which received critical acclaim from the Guardian, NME, Drowned in Sound, Loud & Quiet, and airplay from BBC Radio 1 and 6 Music.