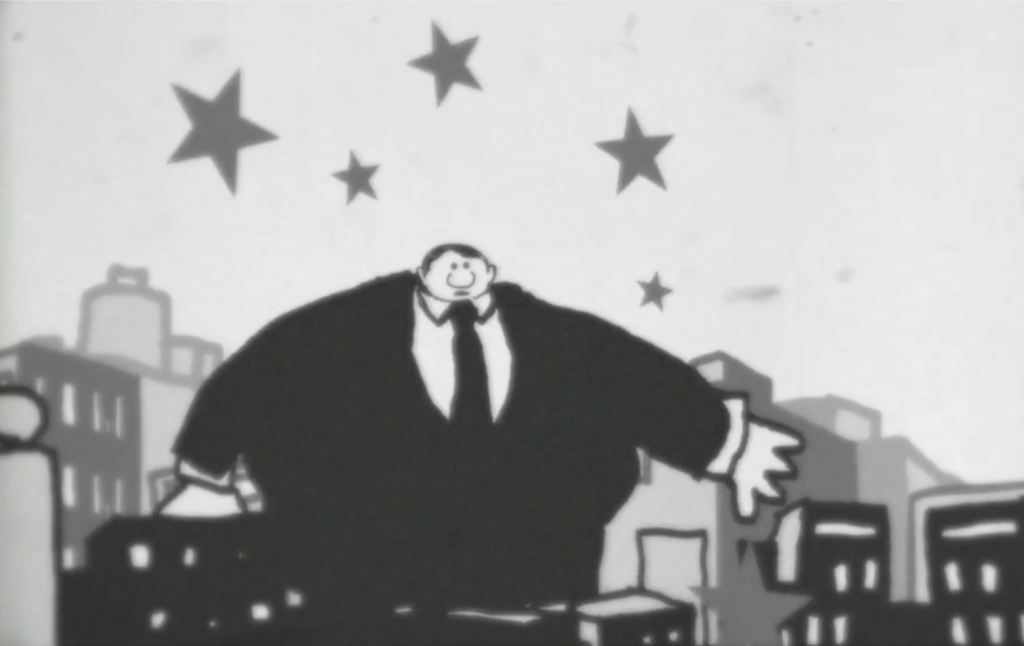 HeCTA have shared a music video for ‘The Concept,. It’s the first from the Nashville project’s debut album The Diet and was animated by David Shrigley collaborator & BAFTA nominee, Chris Shepherd.

The track is inspired by a 78RPM record that group member Kurt Wagner bought in his youth featuring New York comic legend Buddy Hackett; HeCTA reinvents Buddy’s classic stand-up routine as an amazing tribute to him.

Director Chris Shepherd, known for his collaboration with David Shrigley on Who I Am And What I Want, the many award winning Channel 4 film The Broken Jaw & BAFTA nominated The World of Interiors, delved back into the annals of animation history for the video.

He explained: “When I was a kid, my mum wouldn’t let me go out much as it was so crazy where I grew up. I used to watch a lot of old TV. I had one tape of black-and-white Popeye cartoons that I’d watch over and over. I’ve always been really inspired by thirties animation, as there’s no rules and it’s completely surreal. Real-life objects would come to life and start doing crazy stuff.”

The music video’s black-and-white presentation is at odds with our super vivid technological age. How did Chris deal with these limitations?

“I loved them. I wanted to make something that felt like it was found in a car boot sale. A scratched and messed-up delight. I added scratches, tape jumps, and old-school telecine weave. I started my career working on 35mm, and it took me right back there.”

HeCTA recently announced their debut album and shared track, ‘Til Someone Gets Hurt’ which The Guardian described saying “Former Lambchop members come over all Trent Reznor on a daylight Berghain bender with this murky techno thumper.”