On Monday 20th July, we received the tragic news that Dieter Moebius had passed away.
We at Grönland have had the pleasure to have worked very closely with Dieter in recent years and we will miss him dearly. We knew about his illness and despite this, he continued working on the box set with us. We always wanted the box to be a statement of this incredible music and of life itself.
Dieter was not only an extraordinary musician but also a wonderful person with a very special sense of humor.
Our thoughts go out to his family. – Grönland Records 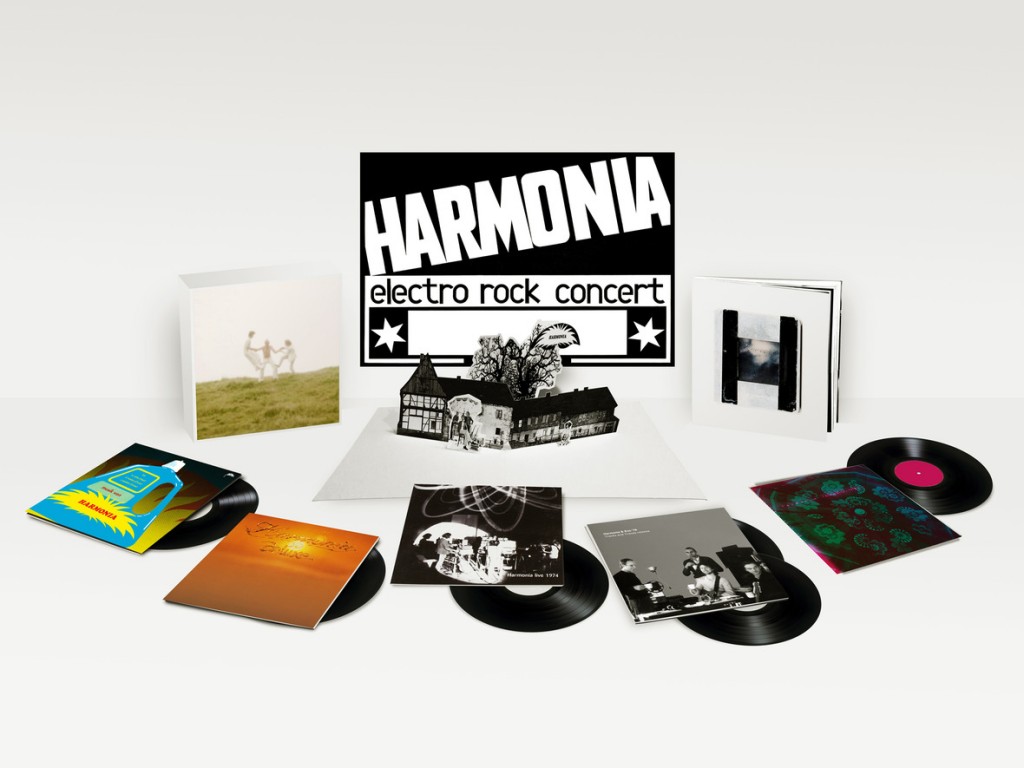 Few bands match the pastoral beauty and majesty of Harmonia, the visionary German band that existed from 1973 to 1976. The ‘Krautrock’ supergroup, brought together Dieter Moebius and Hans-Joachim Roedelius of Cluster, and Michael Rother of NEU!, who were later joined by Brian Eno.

The box set includes ALL available records ever made by HARMONIA:

And in addition to the four Harmonia albums there will be a fifth vinyl:
DOCUMENTS 1975
previously unreleased recordings from Hamburg gigs and 2 studio tracks from Forst

In addition to the five vinyl recordings, also included in the box set is a pop up artwork of the rambling mansions Moebius, Roedelius, Rother and, for a while, Eno called home in Forst, a lush 36 page booklet with previously unreleased photo material documenting the history of Harmonia plus the original Harmonia Live Poster and download code for all the albums in the box.