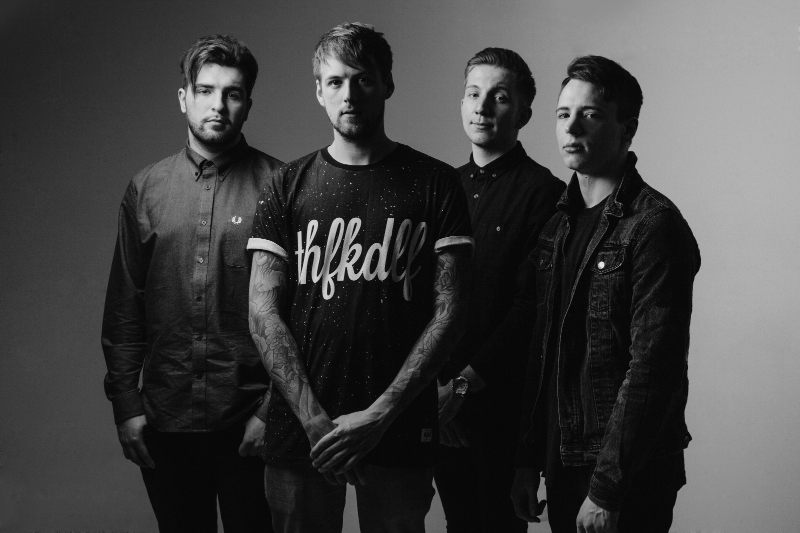 Introducing Gloucestershire based alternative quartet FUTURE TALK who this week release their new single ‘Sleeping Pills’. The video for the single was revealed via Ticketmaster yesterday, with the single gaining airplay on Kerrang Radio later this week.

With a debut EP due for release this summer, accompanied with a lead single and music, Future Talk are hoping to be your new favourite band. “We all have an insatiable desire to create music, it’s a welcomed necessity for each of us.” explains guitarist Jay McQuilkin. “We want to become unavoidable so we’ve just got to get our heads down and work hard to achieve our goals.”

Born out of past projects in the early stages of 2014, FUTURE TALK create a blend of soaring vocals and hard-hitting instrumentals reminiscent of the likes of Emarosa, Mallory Knox and Young Guns. These bands have the utmost commitment to their craft and didn’t follow the gimmicks and trends of the time. That’s what FUTURE TALK aspire to do. Over the past twelve months the band have played some great shows and worked with some amazing people, most notably Romesh Dodangoda (Funeral For a Friend, The Blackout, Motorhead) at Longwave Studios.

’Sleeping Pills’ is the first single to be taken from their debut EP ‘The Path That Sadness Paved’, due for release on the 24th August.