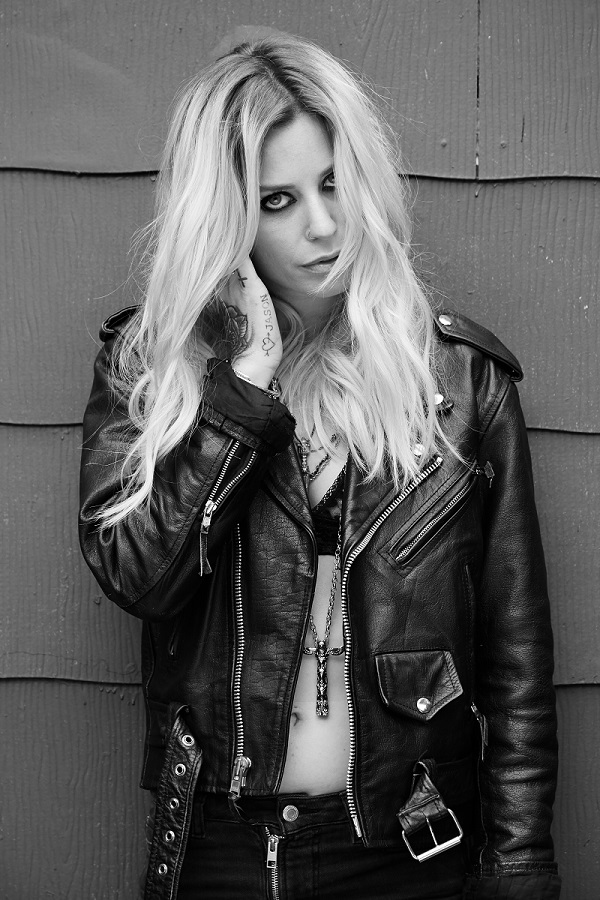 Written In The Water propels her music into new places, showing the listener shades of blues, jazz and even electronic music without missing a beat Noisey

Gin Wigmore will release her new album Blood To Bone through Island Records on October 2, 2015. The record follows the double-platinum 2013’s Gravel & Wine, which spawned hit singles including ‘Man Like That’, synced to aSkyfall-themed Heineken advertisement, in which Gin appeared alongside Daniel Craig’s James Bond. Gin announced the album alongside preview track ‘New Rush’ (written with Alt-J producer Charlie Andrew), with the lead single ‘Written In The Water’ due on September 11, 2015, following a radio first play from Radio 2’s Jo Whiley.

You sense Wigmore has come some distance since her accidental teenage entry into music, when her elder sister entered Gin’s self-penned song into the U.S.’s prestigious International Song-writing Competition (previous winners include Gotye & Passenger). The song ‘Hallelujah’, written in response to the death of her father the preceding year, went on to win the Grand Prize, in the process making Wigmore the only unsigned winner in the competition’s history. The coup proved to be no fluke when Wigmore’s debut EP Extended Play went platinum in NZ, with Ryan Adams’ band The Cardinals subsequently signing on for recording duties across her first album Holy Smoke.

Her third album, Blood To Bone sees Wigmore turning the tables on the circumstances in which previous release Gravel & Wine was written. The Auckland resident had decamped from her native New Zealand to America’s Deep South whilst writing Gravel & Wine, where a search for a better understanding of the Blues led to co-writes with Stax alumni William Bell, later borne out in the record’s classic-referencing sensibility. Wigmore’s latest release however, finds her now resident in Los Angeles (newly married to hardcore outfit Letlive. frontman Jason Butler), with an album recorded between London, Australia and downtown L.A. Whilst Blood To Bone bears the fruits of Wigmore’s song-writing this time refracted through American culture from the inside out, it was the leftfield odd-pop of 4 Leeds Uni students which lit the touch paper on her new record. Obsessed by the unorthodox approach to sounds across Alt J’s Mercury-nominated debut An Awesome Wave, Gin left the West Coast for London to acquire the services of the man behind that album’s production credits, Charlie Andrew.

Having originally envisaged Andrew solely as the new album’s producer, during sessions at Brixton’s Iguana Studios (where he had recorded An Awesome Wave) his input soon evolved into a song-writing based collaboration. ‘The idea of us co-writing together was unexpected for us both’ recalls Gin, ‘Because Charlie is largely known for producing, we were both sort of in the deep end with each other’. The success of the partnership however, is evident in the Wigmore/Andrew co-write on lead single ‘New Rush’, whose barrelling drums reflect a love for the grand-scale drama of Woodkid’s album, on heavy rotation during the writing of Blood To Bone. ‘Charlie sort of opened a door for me to see I could do it myself- he played a huge role in terms of changing my headspace and showing me what is possible with electronic sounds. I was so traditional in my approach before, just thinking in terms of drums, guitars and so forth, but Charlie showed me about 808s, loops, pedals and samples – all this manipulation of sound that I had never known about before’.

This in turn chimed with the more contemporary, hip hop influences weighing on Wigmore via her new hometown of L.A. ‘My husband listens to a lot of hip hop, being from Los Angeles he’s very much grown up in that culture and style of music. He told me I needed to listen to Kanye West’s 808s And Heartbreak, and each day walking down to meet Charlie in Brixton I’d use that time to consume music’. Interspersed with heavy play of Portishead records, West’s bleakest album to date played into a newfound appreciation for the impact of sparsity: essentially being brave enough to not clutter up tracks, to leave that space for parts to breathe. You feel this space at work across ‘This Old Heart’, the product of a coming together with Eminem collaborator DJ Khalil, whom Wigmore sought out with trademark aplomb. ‘I decided I wanted to work with a producer/writer on Aftermath, someone from a legit hip hop label and background. And Khalil just works to beats- he starts a loop and then I’d have to sing something. It was so liberating- no chords, no restrictions’. Enabled rather than intimidated by the approach, the track also features falsetto vocals, a by-product of Gin’s love for pop crooner Rhye.

And yet for all the sangfroid with which Wigmore has pursued new avenues on Blood To Bone, there’s still nods back to the album with which she originally made her name.  The offbeat brass stomp of ‘Written In The Water’ traces the clearest line back to the Southern sensibility of Gravel & Wine, whilst research for the chain gang chant refrain on the moody ‘Willing To Die’ led Wigmore back to the Mississippi prison recordings of Alan Lomax, which she had originally discovered whilst travelling the Southern States prior to Gravel & Wine. Even the new record’s title references a previous comment made by her management: ‘I remember being told during the making of Gravel & Wine, ‘you’ve sweated for this album, but we’re not sure you’ve written that track yet to show that you’ve bled for this album’. Now, between writing & producingBlood To Bone and being across everything that pertains to it, I feel I’ve gone beyond giving blood!’.