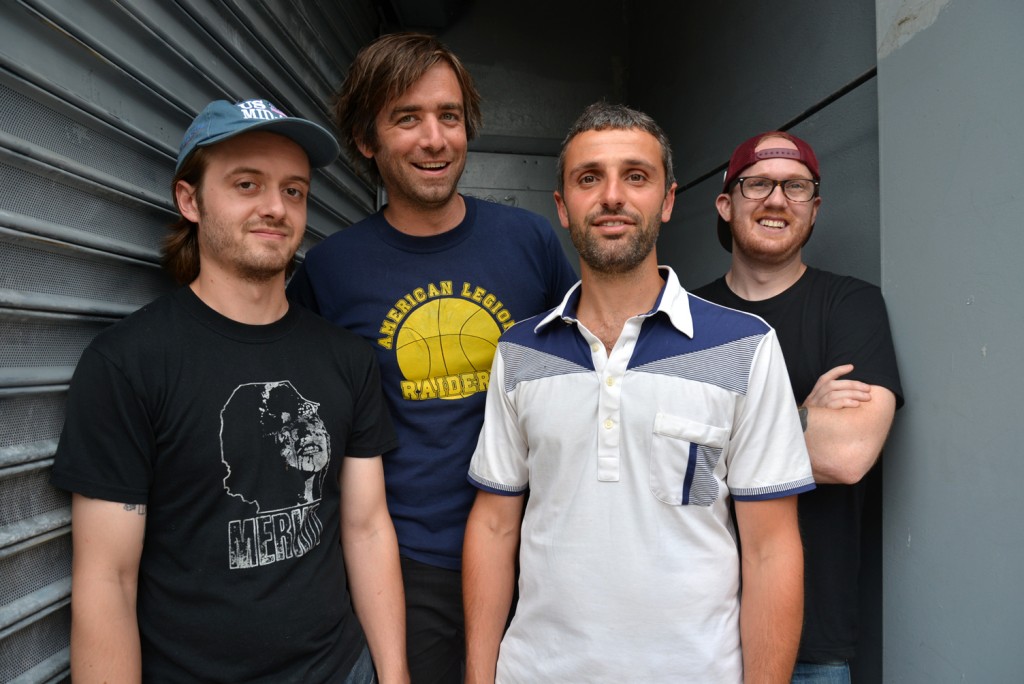 Dogs on Acid “Make It Easy” on BrooklynVegan

There isn’t a shred of pretension to be found on the first two singles we’ve heard from Dogs On Acid and that’s an impressive feat for a band who manages to contain big, overwhelming emotions in small cages.” –Stereogum

“Dogs on Acid sound bigger and fuller than the sum of its parts. This robustness serves as a sonically different but similarly powerful soundtrack” –Impose

Philadelphia, PA’s Dogs on Acid have released “Make It Easy” from their self-titled debut LP via BrooklynVegan, who compared the band to the 90s’ Merge sound. Dogs on Acid will be released on Jade Tree on August 28th, 2015 and is now available for pre-order from the label.
Listen to “Make It Easy”
The members of Dogs on Acid have only been playing together since 2014, but there’s nothing novice about them. For starters, the band is a veritable supergroup of revered Philadelphia acts, featuring members of Algernon Cadwallader, Snowing and others to make Dogs On Acid yet another export from the much buzzed-about scene.