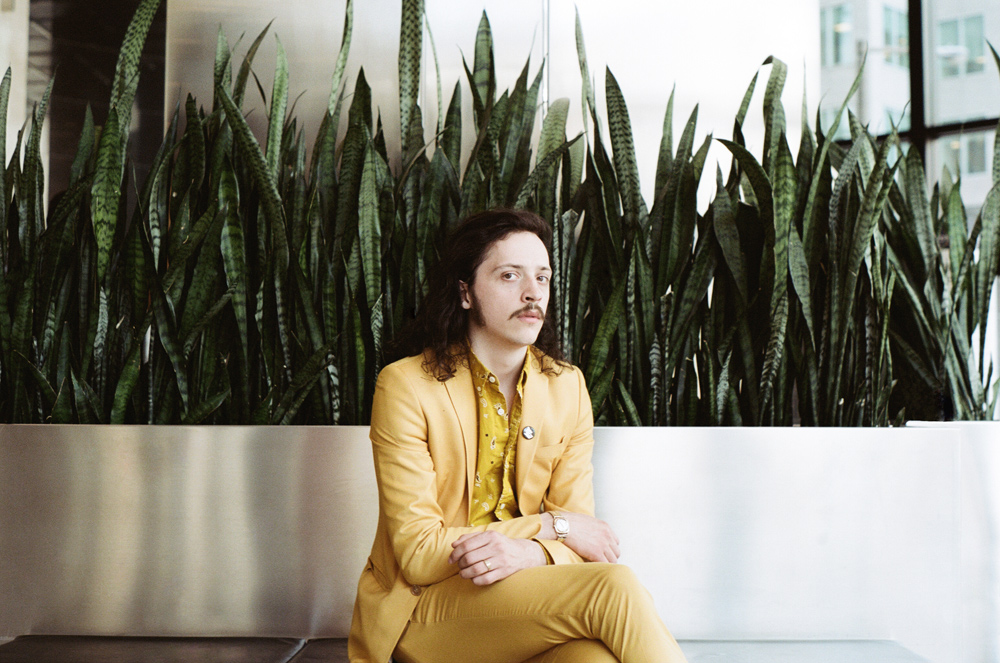 Last month, Slim Twig announced his new album, Thank You For Stickin’ With Twig, out August 7th on DFA Records. On first single ‘Slippin’ Slidin”, we are welcomed by a blast of synth noise, soon followed by sexually agitated lyrics (supported by US Girls’ Meg Remy, whose vocals are featured prominently on much of the new record) atop a deafening beat, distorted and sleazy.

Today, Twig shares the official video for ‘Slippin’ Slidin‘. “It’s all in keeping with the theme of the song. I see the song as an ambiguous take on sexual politics,” says Twig. “Are we owned in some sense by those that take pleasure from our bodies? Are we equal to, or submissive of someone while we objectify them, or are objectified ourselves? Is it possible that liberation may in some instances be a consequence of being objectified?” he asks.

The “Slippin’ Slidin’” video is a collaboration between LuLu Hazel Turnbull and Slim Twig. The image of a human walking another human as a dog was something that the collaborators felt seemed to amplify some of Twig’s questions in a playful way. “Questions are always better than explicit meanings,” says Twig.

Thank You For Stickin’ With Twig is to date the most sonically immersive album in Twig’s discography. His latest modulation of voice is to re-contextualize an era of ambition in produced rock music, dislodging the hackneyed and clichéd in the process. Sonically and politically, his aim is to be a rock n’ roll subversive in an era where that claim should rightfully be made by luddite cave-people. As of now, he’s sized up rock n’ roll, and determined it seems as good as any other vessel to commandeer for his creative impulse.