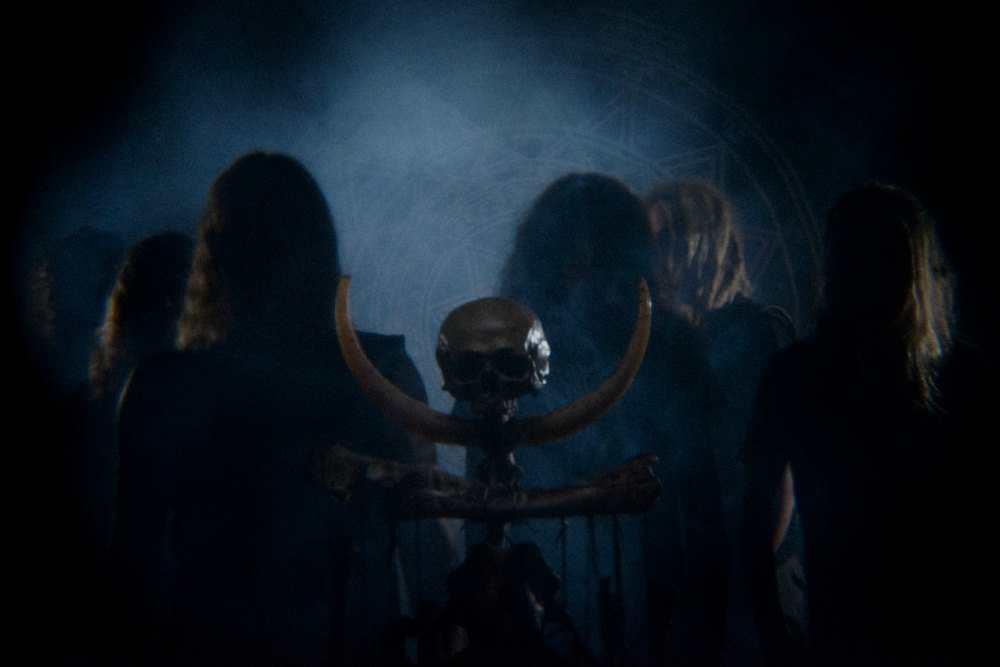 Psychedelic doom purveyors, Dark Buddha Rising, will be releasing their fifth studio album, Inversum, on 25th September, their first release on Neurot Recordings.
The album follows their 2014 European tour with Mr. Peter Hayden, with the Finnish black psychedelic doom 6-piece deservedly garnering further recognition as masters of the art of the hypnotic and dark sonics, which they have been honing for the past 8 years since their inception.
Inversum swallows the listener into an introspective realm of dark psychedelia, menacing mysticism and weighty, trudging riffs. Dark Buddha Rising have this to say about the album:
“Inversum is the opening of the Third Cycle of Dark Buddha Rising. It acts as an initiation for the new members V. Vatanen (guitar, vocals), J. Saarivuori (keyboards) and M. Neuman (vocals), also it is the first release through Neurot Recordings. Most of all, Inversum is the first album that is recorded, produced and mixed by ourselves in the depths of the Wastement, the asylum of eternal feedback…
…The process that led to the manifestation of the Inversum, was heavily guided by both intuition and determination, in order to take the musick even further down the path we have chosen. Inversum is a monument built upon the foundation of our work and sculpted with the initial principles of Dark Buddha Rising, to celebrate the Black Arts of Psychedelia.“
Below is the CD and LP album artwork coming from collaboration of V. A. and Karmazid, and album tracklisting, which we are proud to reveal today…

Since 2008’s Ritual IX, “the group has mastered their craft album by album, show by show. Ominous riffing, colossal doom, swirling psychedelia, repetition, repetition, repetition. The recipe is carved in stone, yet it leads to different endings – or bottomless shafts. Tension, tension, tension, lunacy. I only have one advice to give: Hold tight. The winds are gathering.” – words by Jukka Hätinen
http://darkbuddharising.com/
https://www.facebook.com/dbrising
www.NeurotRecordings.com
https://www.facebook.com/officialNR?fref=ts