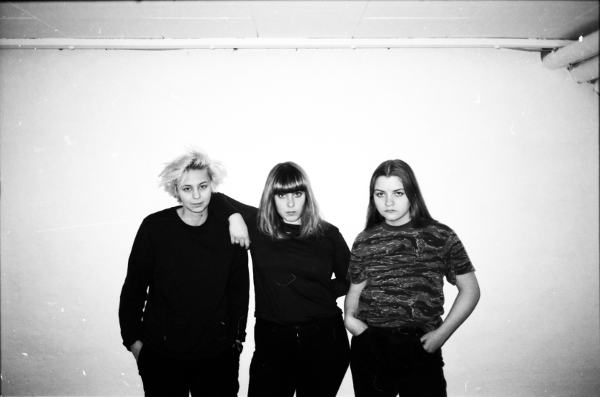 Baby In Vain
Watch the provocative video for ‘Muscles’

“Muscles is a bracing splurge of warped riffing and wonky lyrical flurries that sounds quite unlike anything else out there at the moment.” Guardian

“It’s sludge-pop so grubby you can practically picture Alex Turner oiling his hair ready for a night on the prowl to its brutal screes.” NME

“What might sound steeped in nostalgia is instead breathlessly pointing forwards.” DIY

Copenhagen’s Baby In Vain have unveiled the provocative and surreal new video for their track ‘Muscles’. Watch now on YouTube. Surrounded by a muscle-bound henchman and a sickening buffet of sugary sweets and seafood, the Danish teenagers take control in this confrontational display of power and sexual energy.

Of the video, director Frederik Valentin says: ““Just like the lyrics, the video is meant to be preposterous. This is 2k15, simple pleasures derive from complicated absurdities.”

‘Muscles’ was first heard on Baby In Vain’s SoundCloud last month and has been lauded by NME, DIY and Guardian and been played by Phil Taggart on BBC Radio 1.

The track is a precursor to Baby In Vain’s debut album, which is currently being finished in Denmark. The band are soon to play a series of festivals in Norway, before heading to the US to tour with The Kills.