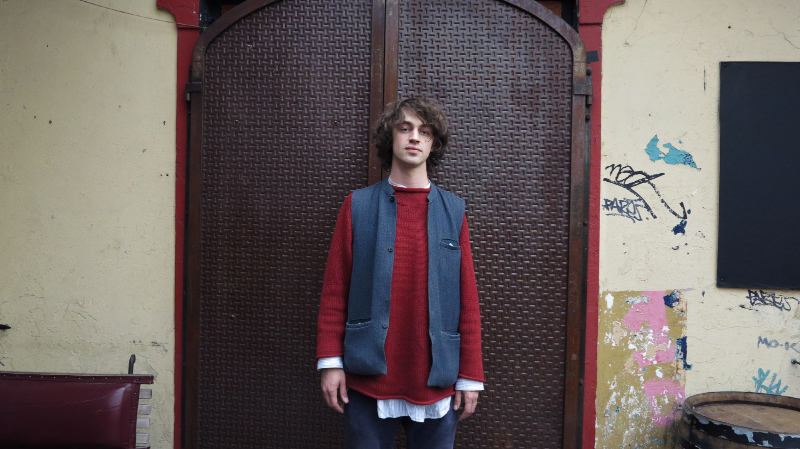 Cosmo Sheldrake – “This is an ode to the Pelican. Filmed at a thermal bath in Budapest, this aquatic live session of “Pelicans We” was the most challenging of all to create. Not only was it a logistical nightmare, but the team were only allowed one take.”
A breakthrough 2014 saw Cosmo cement himself as one of the most exciting musicians around. His sold-out debut 7″ single through paradYse Records picked up support from the likes of Radio 1, NME and The Guardian as well as reaching #1 on the Hype Machine chart and surpassing 750,000 plays on SoundCloud.

Just over a year later, the young songwriter and experimental musician has certainly been keeping himself busy and his recently 4-track EP ‘Pelicans We’ is an eccentric fruit of fascinating labour.

“Sheldrake’s Pelicans We EP is the product of many travels and influences, from trips down the Panama Canal to isolated islands populated entirely by scientists, to rainforests in remote coastal British Columbia. Armed with impish and irresistible logics, Sheldrake rehouses these newly gathered influences next to his love of British folk and nonsensical poetry.

Cosmo Sheldrake has toured and performed around the UK and Europe with the likes of Bombay Bicycle Club, Johnny Flynn, Songhoy Blues and Sylvan Esso, besides opening for the Mystery Jets at the Barbican.

“He perceives the daily world around him… definitely with a child-like curiosity and wonder but also with a fair measure of genius.” – The Guardian

“A young musical visionary, Sheldrake’s future is set to be unique“ – The Telegraph
‘Pelicans We’ was released on April 6th via Transgressive Records and was mixed by alalal (Mark Ronson, Bruno Mars, Metronomy) and mastered at The Exchange, London.
Order on iTunes here: geni.us/1AKL
CD/12” Vinyl here: https://www.musicglue.com/cosmosheldrake/