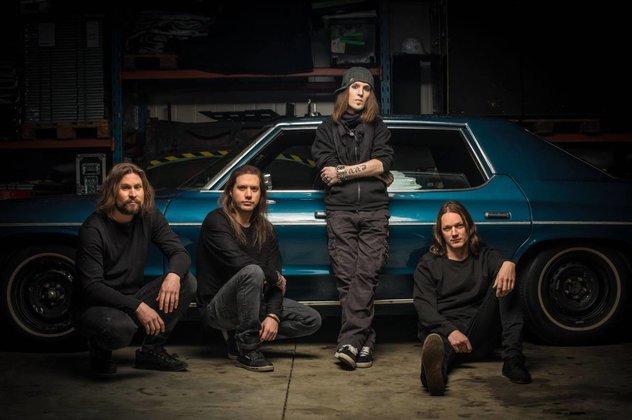 Finnish Heavy Metal powerhouse CHILDREN OF BODOM have released the first track from the forthcoming ninth album, I Worship Chaos, which will be released on October 2nd via Nuclear Blast. Listen to ‘Morrigan’ over on YouTube

Returning to Finland’s Danger Johnny Studios (located at a top secret, undisclosed location in Helsinki) to record I Worship Chaos, the album was produced by the band and Mikko Karmila, who worked with the band on their earlier albums Halo Of Blood, Hatebreeder, Follow The Reaper and Hate Crew Deathroll. The album was mixed and mastered at Finnvox Studios in Helsinki and the artwork was created by Finnish artist Tuomas Korpi (tuomaskorpi.com).