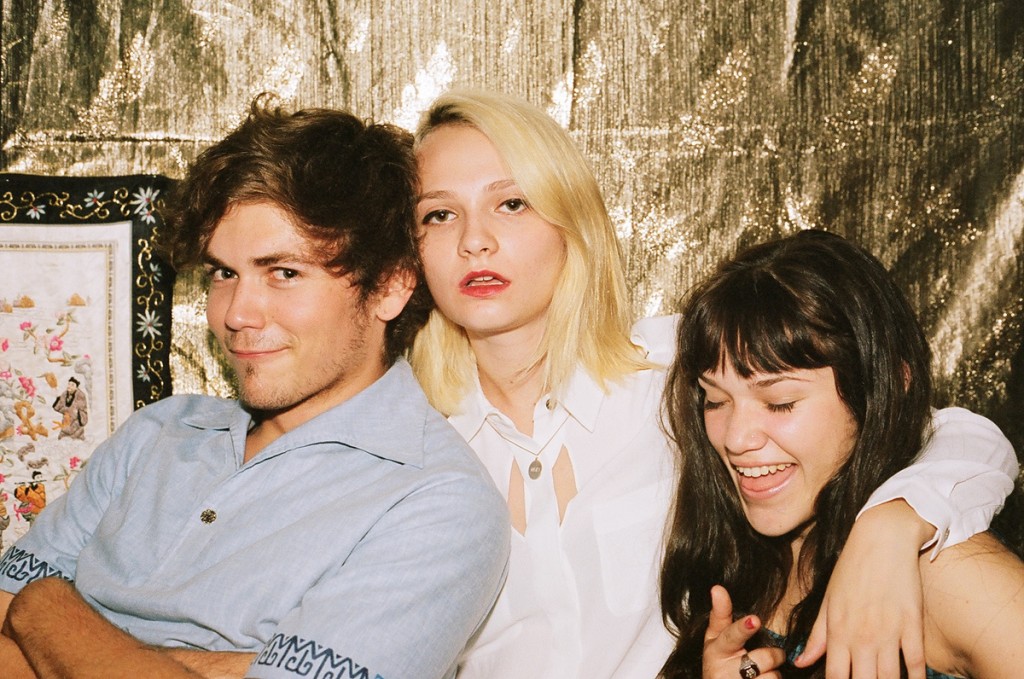 “A chunky, growling guitar stomper…a good reason to start paying attention to this band, if you aren’t already” – The Fader

With the release of their debut LP “Haxel Princess” on Burger Records earlier this year, LA garage rock trio Cherry Glazerr introduced us to their slanted and enchanted world – one filled with teenage crushes, grilled cheese sandwiches and social anxieties, but spiked with venom as well. Beneath the bubblegum melodies and throwaway lyrics (such as calling Rob Kardashian “a tool”), was a jagged, sinister undertow, filled with pummelling guitars and barebones drums, like Josie and the Pussycats after the werewolf’s bite and blood on their hands.

Subsequent double A-Side “Had Ten Dollaz/ Nurse Ratched” upped the ante even further, the former being a sleekly vicious piece of rock candy of the highest order, with the flipside being another sweet and sour punk shredder which even references the One Flew Over the Cuckoo’s Nest manipulative caregiver, to delicious effect. Now comes their latest track, the seething, pulsing garage rock thrasher “Sip O’ Poison” which, at a manically tight, economical 90 seconds, more than lives up to its apt title. Released as part of the Adult Swim Singles program in 2015 (other participants include Chromatics, Danny Brown and Clams Casino and SOPHIE), it only consolidates the California trio of Clementine Creevy, Hannah Uribe (both still teenagers) and Sean Redman as one of the hottest new rock acts around right now.

Now, after touring with the likes of Sky Ferreira and storming the stage at Burgerama, Cherry Glazerr will hit our shores for a string of much anticipated debut UK / EU live shows this summer, taking in gigs at Netherlands, Rotterdam, London and Leeds. These are sure to be incendiary live experiences; so make sure you do not miss under any circumstances.