Californian punks HARD LEFT share ‘Kicking It Off’ video, taken from We Are Hard Left, out now via Future Perfect Records‏ 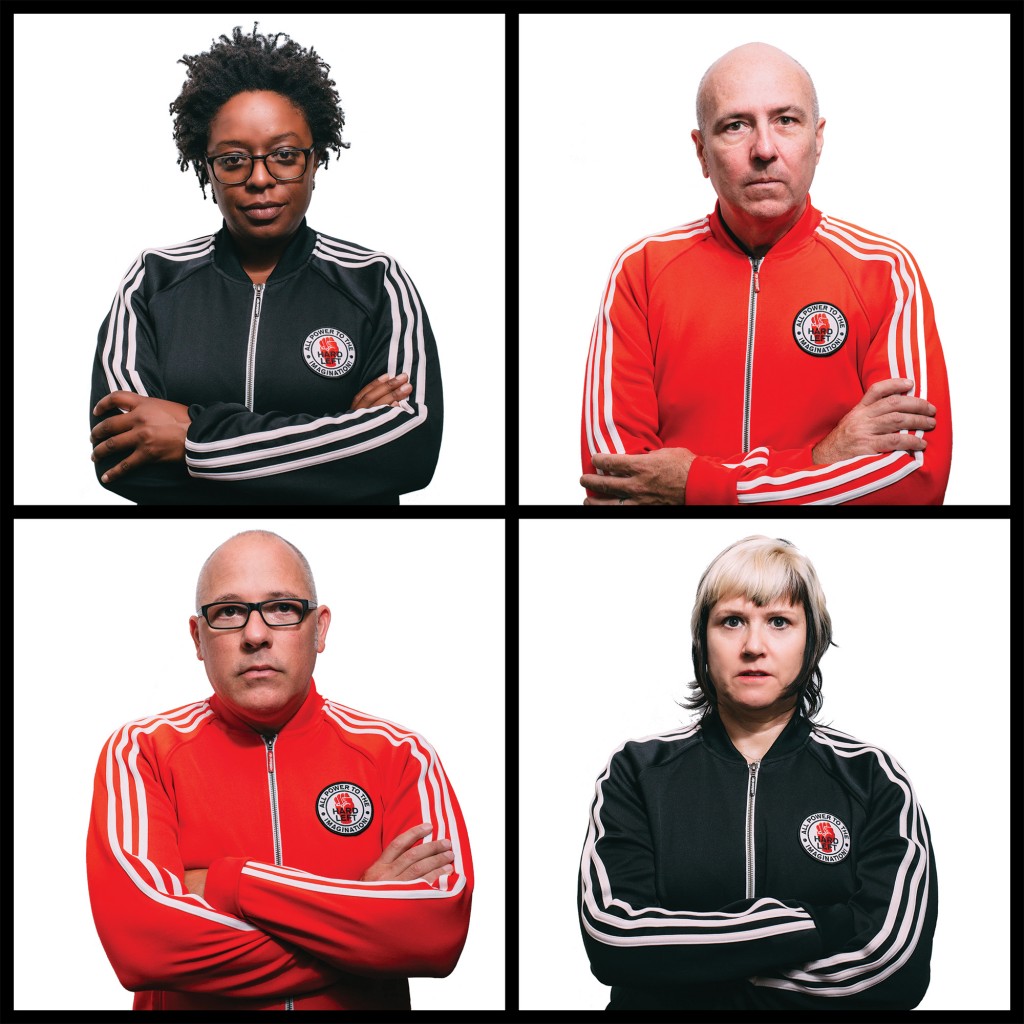 “…it’s pretty easy to get swept up in the rush of the songs and the sound, because in 2015 punk doesn’t get much more punk — or much better — than this.” – AllMusic

“Hard Left sound remarkably like a number of British punk favourites from the late 1970s and early 1980… The album is full of one minute tracks of catchy, singalong, “anyone can do it”, rabble rousing punk rock” – Louder Than War

We Are Hard Left is the debut album from Hard Left. Brought together by the music, held together by the outrage — Hard Left are a hard-mod/punk band borne out of a desire to explore leftist political ideas and marry them to rabble-rousing music worthy of the worldwide struggle against capital.This month sees the release of a high-spirited video for “Kicking It Off” and the addition of a new full-time drummer in the person of Nicky Thomas. Previously of DC-areaDischord label punks Fire Party, Thomas has since anchored a series of varied groups and brings iron-clad experience and a ferocious swing to Hard Left.

The LP version is also available in UK record shops from Friday 24th July. Watch the new video for ‘Kicking It Off’ below…

We Are Hard Left is a concise and explosive punk record, packed with anthems of resistance and calls to action. The album is tightly edited, each song on the heels of the previous one, exemplifying the group’s eagerness to broadcast their message and energize their fans. The message is always positive, the underlying mood is of hopefulness. “Hand In Hand” is an exhilarating call for solidarity and collective action, while “Future Perfect” imagines a world where the people were the true beneficiaries of the surplus created by progress, the perfect future we were all promised during the golden age of capitalism.

From the super-tough “Kicking If Off” to the Occupy-fired “Red Flag” and the supremely uplifting Situationist-inspired closer “Imagination,” this is a record that hits hard, crammed with guitars that soar and rage, group chants and raw-throated vocals. It’s anthemic in the best way — inspiring but never heavyhanded, a worthy successor to records by bands like The Clash, Stiff Little Fingers, Sex Pistols and The Dils.

In August the band will play their first east coast shows, hitting Boston, Philadelphia, DC and NYC (several times) along the way. Look out for new recordings soon!