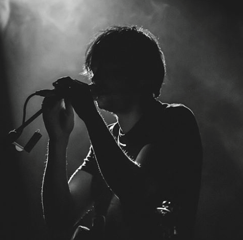 The Pineapple Thief’s mainman Bruce Soord will be heading out on some solo dates in the UK with Kscope label mates Sweet Billy Pilgrim (www.facebook.com/sweetbillypilgrim ) on their headline tour in support  of their recently released album ‘Motorcade Amnesiacs’.
Bruce, obviously excited to be playing live again, comments  “I’m really looking forward to touring the UK with Sweet Billy Pilgrim this September.  I’ve not yet decided exactly how I am going to translate my solo work to the stage, but it will definitely involve some other performers.  Maybe real, maybe virtual.  We’ll see!”
SWEET BILLY PILGRIM supported by BRUCE SOORD & Chris T-T

Bruce Soord’s (currently untitled) solo album is due for release on Kscope this coming  Autumn.

Plus we have a treat for all fans of The Pineapple Thief with a stunning animated video for the band’s song ‘A Sense Of Fear’ from their album ‘Magnolia’. “We are proud to share with you a great interpretation of ‘Sense of Fear’ produced by Northumbria University” Bruce Soord
The clip was created by a team of  MA Students from the Motion Graphics & Animation course at Northumbria University lead by Paul Goodfellow

The Pineapple Thief are due to appear on the Prog Stage at Ramblin’ Man Fair on Sunday 26th July (http://www.ramblinmanfair.com )