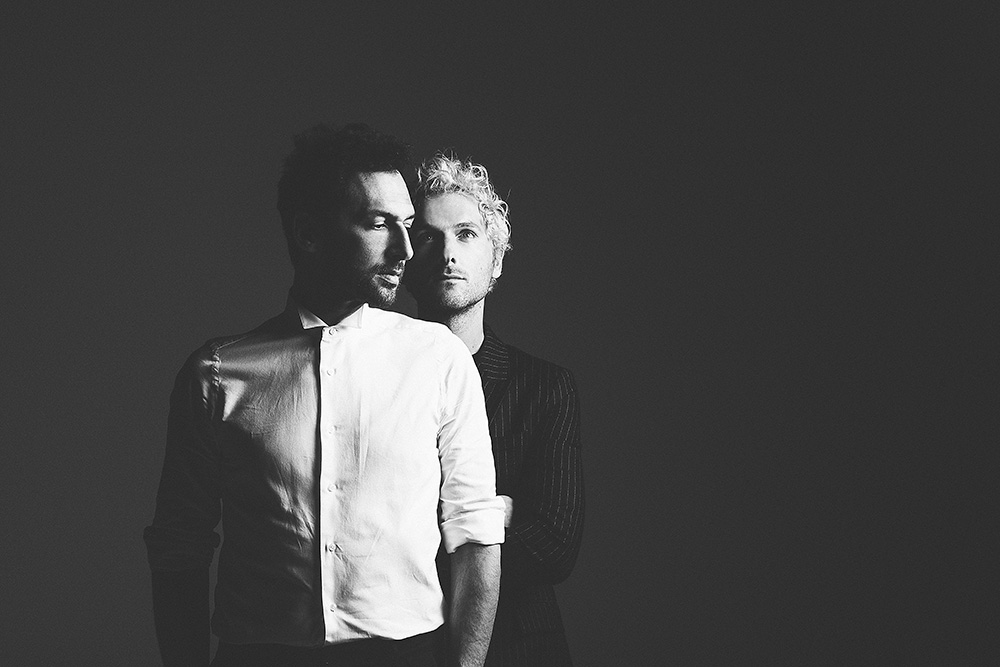 Supported by a well-deserved national infatuation and growing international recognition, Paris’ based duo AaRON return with ‘Onassis’, the second track to be lifted from their upcoming, self produced, third album ‘We Cut The Night’. AaRON have resolved to reinvent themselves and use this first record as an introduction to the artists they have now chosen to be. John Malkovitch, after hearing ‘Blouson Noir’, agreed to be part of the journey, acting in a short prelude to AaRON’s comeback.

The duo’s debut ‘Artificials Animals Riding on Neverland’ came out in 2007, it sold over 400, 000 copies and is considered a classic by many. Years to follow saw the accolade of another chart topping album (Birds in the Storm) and the pair being awarded with a European Border Breaker Award followed by a sold out tour.

Onassis is metaphorical of erasing yourself when you don’t fit into your environment. The video follows a journey from sandy dunes to the crowded sunkissed streets, to then being submerged under water. In keeping with the compelling first release, the duo’s ethereal vocals build to something powerful and atmospheric, making the urgency of the excursion feel all the more present. From the barren yet almighty desert to sinking deeper into the ocean, Onassis is about rebirth and accepting to let go and jumping in the unknown without fear. The character darts down highways, in front of cars and over bridges; all the while the AaRON’s celestial sounds remain by his side.