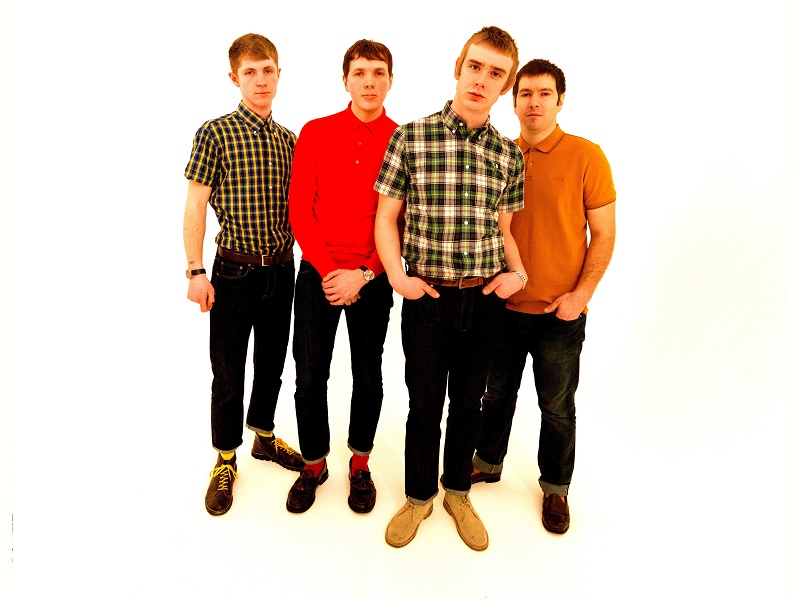 Watch The Video For ‘When I Call Out Your Name’ Here

”Just about the best thing released this year” – Vive Le Rock
“Gaining more and more friends with their stunning live shows” – Fred Perry Subculture
“One of the most exciting prospects to come out of the youth inspired mod scene” – Louder Than War
“The most energy I’ve seen in a band in 20 years” – Martin Blunt, The Charlatans

Monday 8th June 2015; Ahead of a performance at The Isle of Wight Festival on Saturday 13th June, Watford quartet The Spitfires are pleased to announce a string of autumn and winter UK headline tour dates in support of their debut album ‘Response’ which will be released on 21st August via Catch 22 Records.

A bold and brash band who were raised on The Clash, The Jam, The Specials, The Smiths and Arctic Monkeys, they were formed in September 2012 by Billy Sullivan (vocals, guitar) who recruited Sam Long (bass) and Matt Johnson (drums) to the cause. They spent their first two years as a trio before augmenting their sound with the addition of Chris Chanell (keyboard, vocals).

Their last single ‘Stand Down’ sold out in two days, but there’s no need for hype or “next big thing” tags here; just building a fan base the old fashioned way, via a strong work ethic and touring their arses off – that spirit and attitude is alive and kicking with The Spitfires. Their energetic and powerful live performances have already seen them play over 200 shows and with their growing fan base and reputation it’s no surprise that the band came to the attention of Paul Weller and The Specials who both personally invited them along for support slots in recent months. The band have also been part of advertising campaigns for clothing companies including internationally renowned brands like Merc, Baracuta and Dr Martens and have already racked up radio support at BBC6 Music, Amazing Radio, BBC Introducing and a host of other digital stations.

“Our debut ‘Response’ is very much a record of its time” says front man Billy Sullivan of the forthcoming album “It’s our response to the current drought in meaningful music and lyrics, the attitude of the industry and the rose tinted nostalgia of yesterday’s heroes. I make no apologies for wearing my influences on my sleeve – however this ain’t no ‘revivalist’ nonsense. It’s the sound of four young frustrated lads in the studio with cans of Red Stripe, B&H, and lots of ideas…and Tom the producer somehow achieving the sound we wanted by listening to me talking bollocks about The Clash, Orchestras and Xylophones for 6 months over the top of it all.”

Their much anticipated 13-track debut album ‘Response’ will be released on August 21st 2015 on vinyl, CD and download on their own ‘Catch 22’ record label, via Republic of Music.

WE BELIEVE IN LITTLE L RECORDS- Goshawk, Monsters of The Antipodes and This City Called Earth 3 Way Split Release Feature